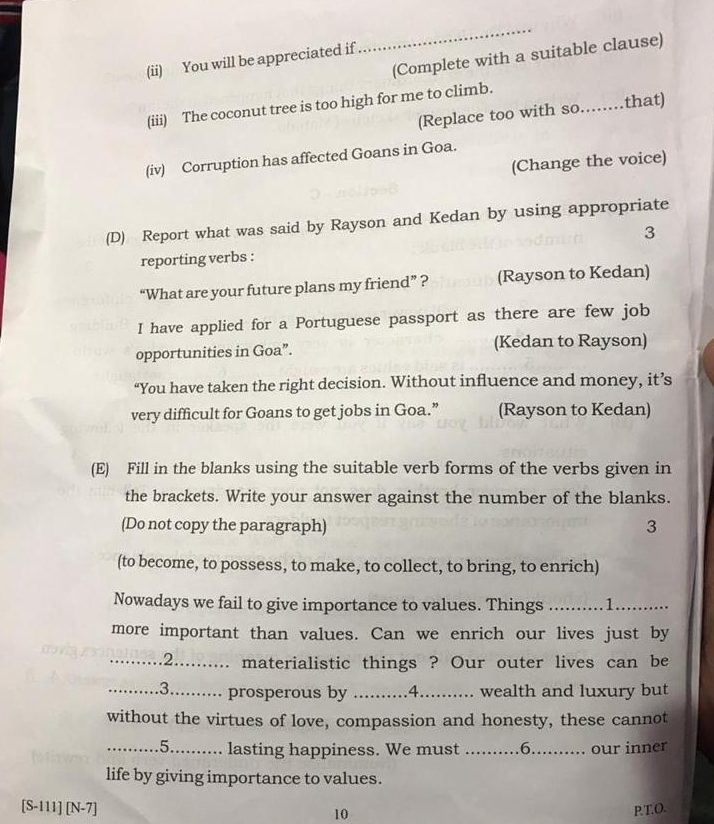 One of the questions had a tone that people were migrating to Portugal from Goa because of job scarcity here besides the bribe that one needs to offer to get it in the state.

Board Chairman Ramakrishna Samant said that the inquiry would be initiated into how such a question went unnoticed in the English paper of SSC examination.

“We will conduct the inquiry into it immediately,” he said on Monday.

The controversial question had described a conversation between two people wherein one person states that he has to opt for a job in Portugal because of scarce jobs here and favour and money that one needs to have to get it.

Goa is a former Portuguese colony, which was liberated from 450 year long rule in the year 1961.

The political leaders across the spectrum including BJP, Congress and Goa Suraksha Manch (GSM) on Sunday reacted to the question paper.

GSM President and former Goa RSS chief Subhash Velingkar said that the question smacks of pro-Portuguese mentality. Velingkar had demanded that the name of the paper setter and board of studies which approved the question paper be made public.

He had also demanded inquiry and action against those found guilty.

He said “Goa Board should immediately initiative strict action against the paper setter, moderator and whosover is involved in the process of this paper setting. This act has to be punished.”

Congress is in opposition in Goa.

Chodankar tweeted “No need to change the voice. Message is loud and clear in this question of SSC exam paper. The @BJP4Goa Government under @goacm @DrPramodPSawant is corrupt. Now the “Defects” are visible even in Education System.”