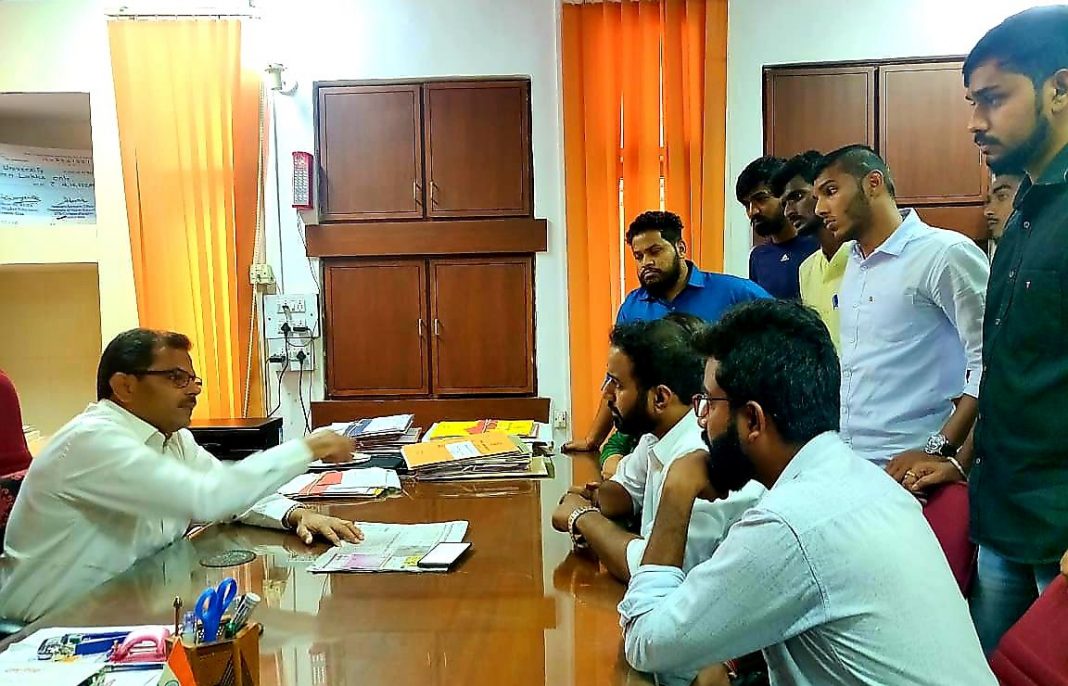 Bambolim: The delegation of Goa Youth Forward led by its President Raj Mallik on Friday met Goa University’s Registrar Y V Reddy to question him on the exclusion of domicile certificate as the mandatory requirement for the posts in the university.

Goa Youth Forward was alarmed after they noticed an advertisement in the local newspaper seeking to fill 82 posts in Goa University. The advertisement had not mentioned 15 years domicile certificate as mandatory for the post, due to which there is a fear that non-Goans will apply for the same.

The delegation also comprised of Goa Youth Forward Secretary Ashit Verenkar, which questioned Reddy over this grave mistake, which would open flood gates for non-Goans to apply for these posts, sidelining the real sons of the soil.

Talking to delegation, Reddy claimed that he had dropped the clause of 15 year domicile upon instruction from former Chief Minister and Director of Higher Education.

When asked to show the written orders for the same, he failed to provide.

Reddy also tried to save his skin by claiming that there is Supreme Court order in this regards.

The delegation, which was not happy with the answers, demanded that the process of filling the vacancies should be kept on hold. Goa Youth Forward has also decided to raise the issue with their party President and Deputy Chief Minister Vijai Sardesai.

“We are going to follow the issue till the posts are scrapped. We will not allow the vacancies to be grabbed by non-Goans. There are enough eligible people to fill these vacancies,” Mallik told reporters.

He said that Goa Forward Party has always kept welfare of Goans at its heart, and will continue to do so.

Goa Youth Forward Secretary Ashit Verenkar questioned where will the Goan youths go, if such vacancies are filled by non-Goans.