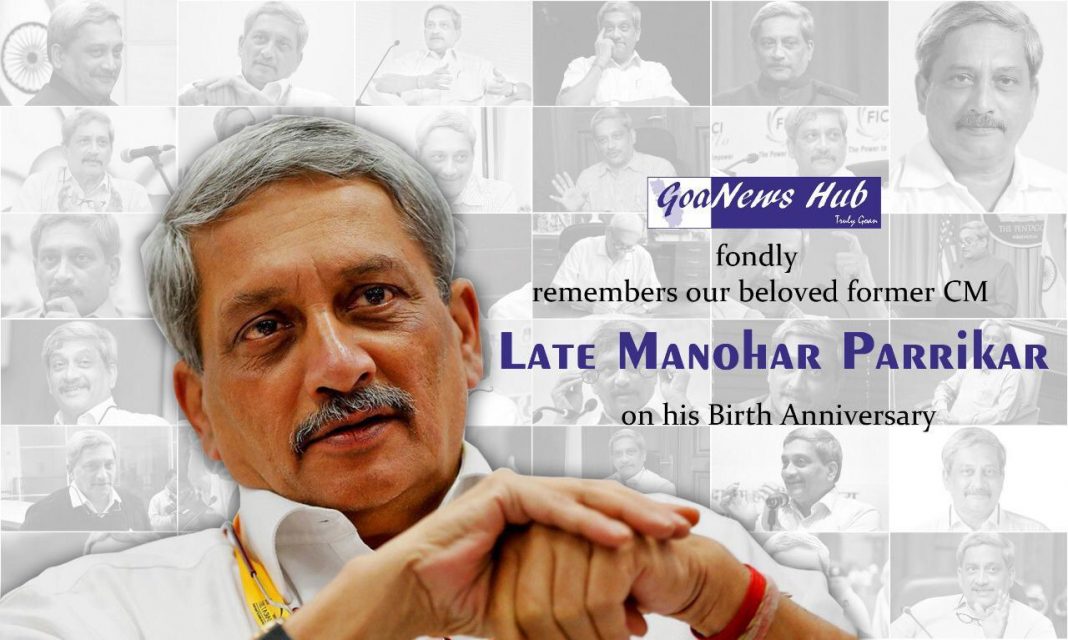 Cutting across the political affiliations, several people took on to social media to remember him, who passed away on March 17, 2019.

We bring to you, some of the posts of selected from the Facebook.

Happy Birthday to Goa’s greatest Leader till date, and the most honest DM of the country till date..our Late beloved Manohar Bhaee..who did much more for each and every community than any other leader EVER did..

13th December 9am, each year was the time I dialled your phone number to wish you.. You are truly missed every moment.. For every reason I know, we will find your blessings forever… A father, Happy Birthday Sir.

emembering Former Chief Minister & Former Defence Minister of India ,Late Manohar Bhai Parrikar on his birth anniversary. One of the visionary leader Goa ever produced. Had got an chance to work along with him in state administration when I was the OSD to Fisheries’s & Water Resource Minister. Everyday it was an learning experience while working with him. A Man who dedicated his life to take #GoaForward

emebering #ManoharParrikar on his 64th birth anniversary. One of the smartest & tallest India politician of the century. Who followed goykarponn in true spirit, a man who put his state before everything else

Who strives hard to make the Modern Goa we live in.

Remembering former CM #ManoharParrikar on his birth anniversary. One of the simplest person ever known. Had a vision for transforming #Goa into an model state. We miss you bhai.

We miss you gem…your memories will last forever!