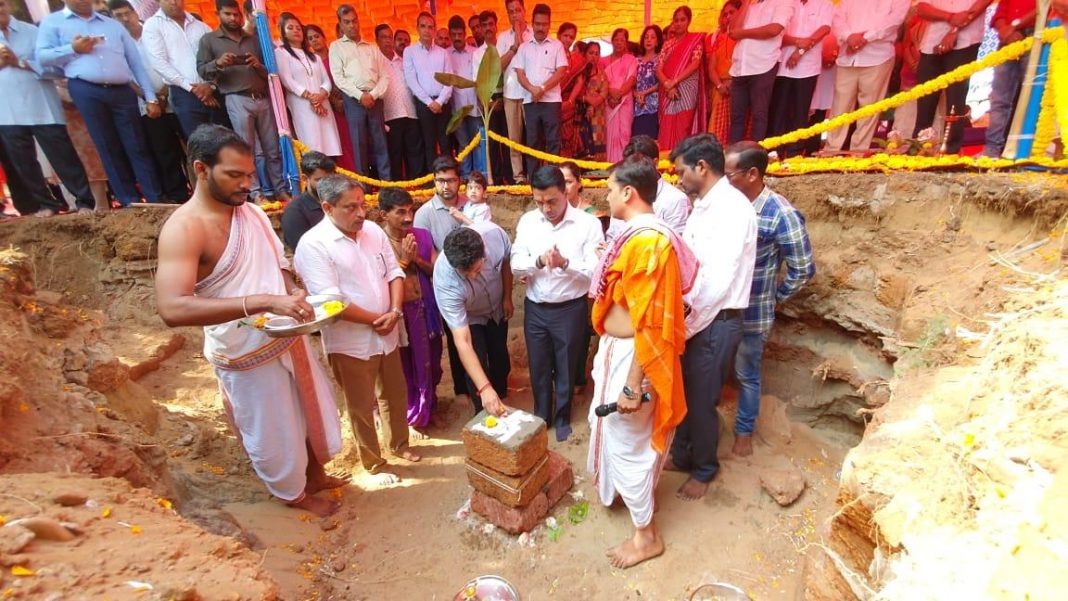 Panaji: The foundation stone for ‘Manohar Parrikar Smriti Sthal (memorial)’ at Miramar was laid today on the occasion of his birth anniversary.

Speaking on the occasion, Sawant sought support from all to make ‘Golden Goa’, the dream that Parrikar lived with.

“For bhai Goa was his top priority. Goa was everything for him. And to make this Goa a ‘Golden Goa’  I need support from each one of you,” he said.

The memorial is been constructed at the site on Miramar beach, where the last rites of the former Union Defence Minister were performed, adjacent to the memorial of Goa’s first CM Dayanand Bandodkar.