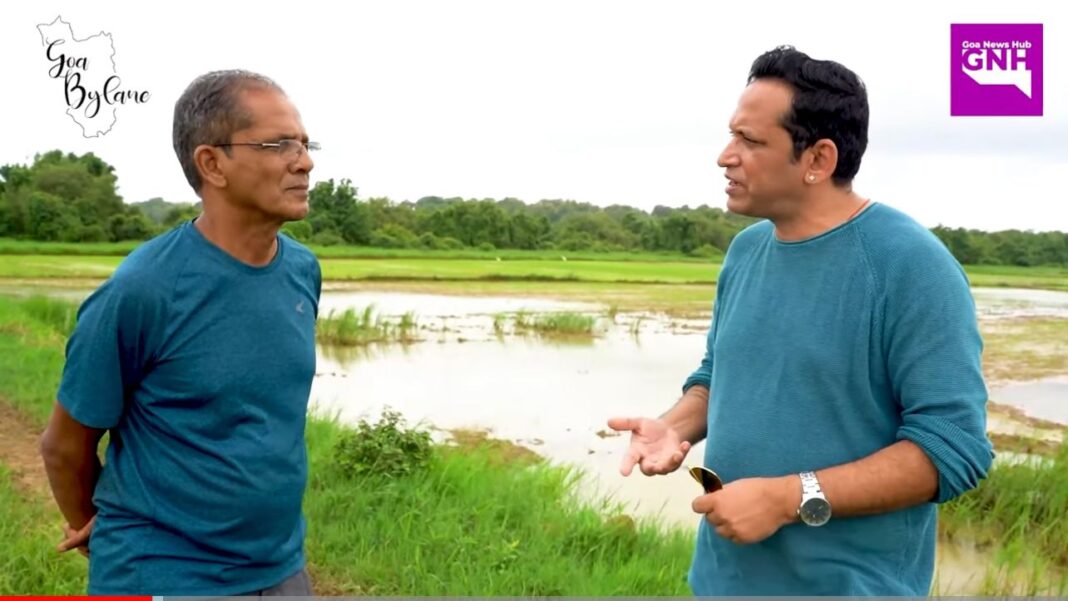 Courtroom: For George Quadros, a Salesian priest of Don Bosco from Goa, the farm has become an altar and the soil a way to salvation as he has been working since 2015 to expand paddy cultivation through machines in the coastal state witnessing a real estate boom.

The idea to use machines for agriculture in Goa hit Father Quadros in 2012 when he visited an exhibition at Delhi’s Pragati Maidan under Don Bosco’s skill development initiative.

Ten years later, he recalls that he had fallen in love with these Japanese-make machines.

The sight of “service provider” Father Quadros, as he prefers to call himself, bent over supervising or planting paddy himself with a transplanter machine is common across Salcete, Quepem and adjoining talukas.

Against the backdrop of a real estate boom in Goa and paddy fields shrinking, Father Quadros said he has been on a mission to convince farmers not to keep their paddy fields fallow.

When we caught up with the priest, he had completed the planting of paddy for 50 days at a stretch for the current season.

“We are working for 50 days at a stretch in the fields without a break. We work even on Sunday,” said the priest as he explains how the paddy plantation is time-bound.

“If we lose even a day, transplantation becomes difficult,” he added.

It was in the year 2015 that he went into the field with a paddy transplanter for the first time, recalling the encouraging response he had received from farmers.

“Goa’s Directorate of Agriculture supported in buying these machines,” he said.

“Initially, people were reluctant to use these machines in their paddy fields. At the same time, the number of acres of land was dwindling every year because of the high cost of paddy cultivation and non-availability of labour,” he said.

Father Quadros also reminisced how he and his team used to travel to far-off places like Pernem to convince farmers about the use of machines.

“When we introduced this technology, the initial response was very poor. In the year 2015, we could plant paddy on 4,000 square metres of land a day, today we are covering 50,000-60,000 square metres a day. At that time we were using just one machine. Today, we have three machines,” he added.

Anthony Fernandez, a farmer, concurred, saying it took some time for farmers to change their perception regarding the use of machines.

Besides planting paddy in the existing fields, Father Quadros has brought under cultivation at least 30 hectares of land in the current season, of which 20 hectares is located in Chinchinim village in south Goa.

“The government of Goa gives subsidies of up to 75 per cent on these machines. But somebody who buys this machine should be able to do a lot of work using them. Paddy yield is 50 per cent more (than the traditional method) if it is planted through machines whereas the overall cost is one-third compared to the expenses incurred on manual labour,” he said.

Father Quadros said one can become a service provider by buying the machine.

The priest has been instrumental in encouraging a group of professionals to become service providers.

“I have trained an Australia-based geologist and every season he comes here. The geologist and an aeronautical engineer, who gave up his job in Jet Airways, and a marketing professional have brought these machines. They are working in North Goa,” he said.

Father Quadros said operating a transplanter machine is not rocket science, but it is like handling a computer.

“You can decide how many plants to be planted, the area of the plantation, and the depth of sowing,” he said.

Explaining the reasons behind farmers not being so enthused about mechanized farming, Father Quadros said many families prefer to plant paddy by hand while many farmers are still doubtful.

“Some people are emotionally attached to their fields. Another group of people prefers planting paddy every year,” he added.

He claimed the quantum of paddy (yield) planted by him can provide for Goa for at least a month if the population is considered to be 15 lakh.

“If there are 12 more people like me, the requirement of rice for Goa will be taken care of,” he added.

Deshmukh was wanted in connection with 33 different cases of extortion, dacoity, robbery and murder in Mumbai.

Superintendent of Police (North Goa) Shobhit Saxena told reporters on Sunday that the notorious criminal Vikrant was arrested while he was trying to board Casino vessel.

Saxena said that he was arrested after a short chase by Panaji police. The information about Deshmukh’s presence was given by Goa Crime Branch which was working closely with Navi Mumbai police.

The SP said that the criminal was absconding for last four years and had arrived in Goa two days back for “recreational purpose.”

A fire arm and five rounds of bullets were also recovered from the accused, who is currently being interrogated, he said.