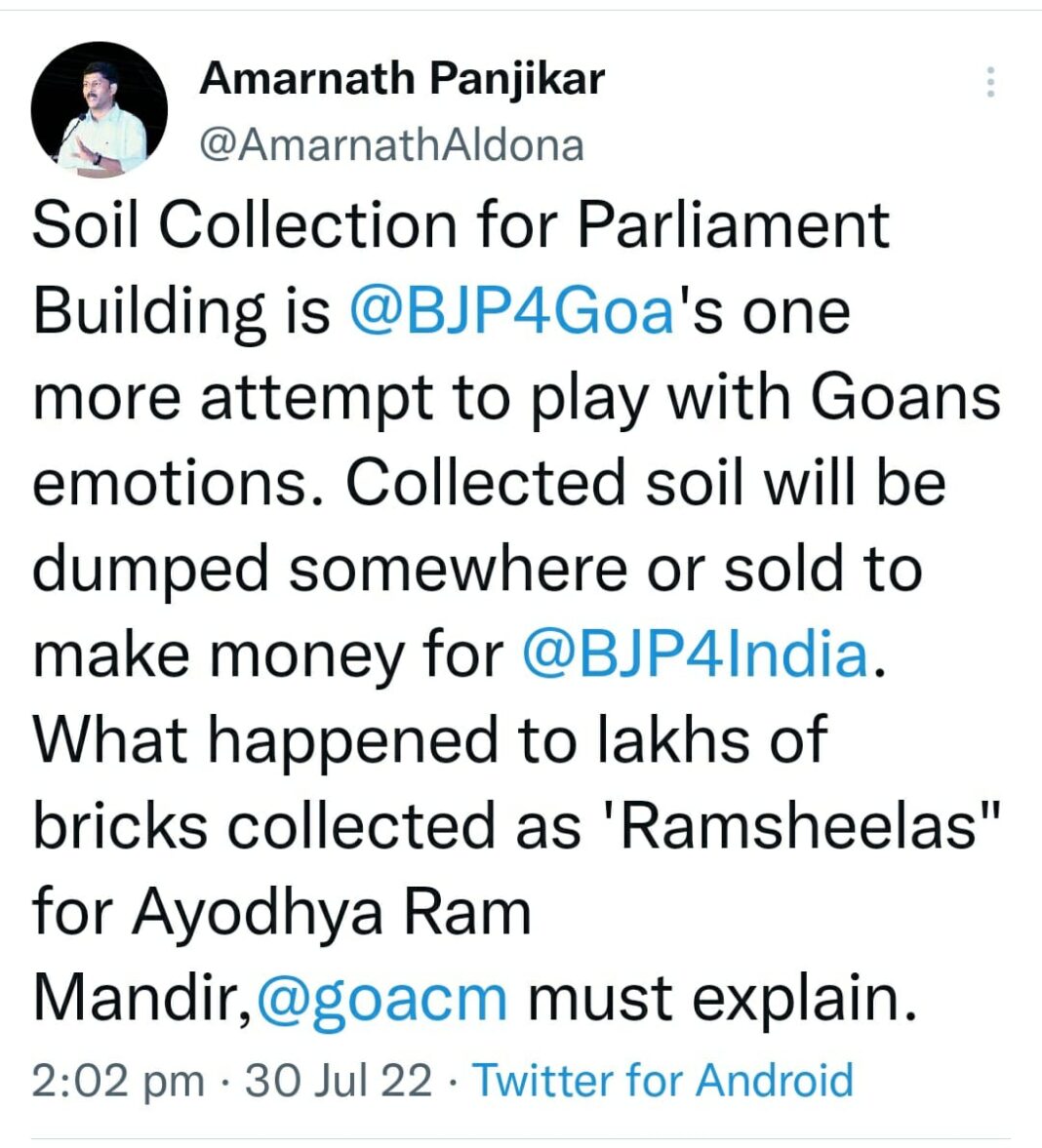 Panaji – BJP Government under Prime Minister Narendra Modi is playing with the emotions of the innocent people with its nationwide programme of “Soil Collection for Parliament Building”. The soil collected will eventually be dumped somewhere or sold to create funds for BJP charged Congress Media Cell Chairman Amarnath Panjikar.

I want to remind the people of Goa about the bricks collected by the BJP and its outfits RSS and Vishwa Hindu Parishad for the proposed Shree Ram Mandir at Ayodhya. Where are those bricks now? questioned Amarnath Panjikar demanding that Chief Minister Dr. Pramod Sawant must explain the status of those bricks which were collected by them as “Ram Sheelas”.

People across State had performed Pooja of the “Ram Sheelas” before handing over them to the volunteers. Today, the construction of Shree Ram Temple at Ayodhya is done with Marbles & Granites. There were allegations that BJP Outfits made fortunes from the sale of those bricks and no one has clarified on the same till date, stated Amarnath Panjikar.

Chief Minister Dr. Pramod Sawant must first learn to respect the Soil & Water of this beautiful State. There are attempts to handover the precious soil of our mining belt to Crony Club of Modi-Shah. Our lifeline Mhadei is already sold to Karnataka by BJP for political gains, Amarnath Panjikar said.

Attempts are made to convert the Fertile Soil of this land into Coal Dust by the insensitive BJP Government. BJP has no moral right to collect soil for the proposed new Parliament Building. I want to ask the Chief Minister whether the new Parliament Building is built with Soil or Cement & Concrete? questioned Amarnath Panjikar.