Goa government do not specifically asks for financial package on mining 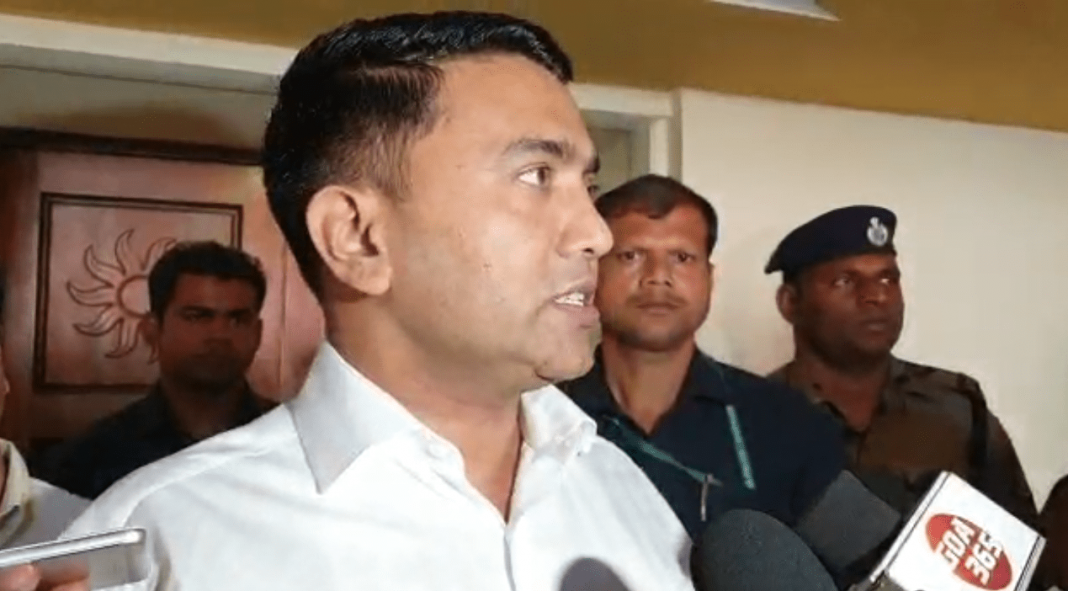 Dona Paula:  While projecting a figure of Rs 6,000-odd crore funding from the central kitty to the State, Goa has not sought any special financial package to compensate for the loss caused due to closure of mining industry.

State Chief Minister Pramod Sawant, who also holds finance portfolio, said that the government did not “directly seek any financial assistance from the central body.”

The 15th Finance Commission led by its Chairman N K Singh is in Goa since Thursday during which it has met representatives of political parties and local civic bodies.

Sawant who met the commission on Friday said that State government has not “directly sought any financial package from the Finance Commission to ease the revenue loss caused due to closure of mining activity.”

“We discussed with the finance commission about the revenue loss due to ceasing of mining activity. But despite that State has been spending more than Rs 50 crore more than the usual through its budget for last at least three years,” the Chief Minister said.

“We have been spending more despite the fact that the mining industry has stopped,” he said adding that “State has not asked for any financial package to compensate for the loss caused due to closure of mining.”

Sawant said that the government has also highlighted the fact that state has taken care of all the people, due to which even after mining closure, people did not had to resort to extreme steps like suicides.

The chief minister said that the support has been sought from the centre for disaster management.

“Overall approximately Rs 6,333 crore funding has been recommended to be allotted to the State,” he added.

The commission has said that fund allocation would not be dependent on size of the State but its progressive nature. “The commission members have said that they will consider Goa in the category of progressive states while allocating the funds,” he said.

Speaking about tourism industry, the commission has asked Goa to provide data about total holiday period spent by foreign tourists in the State.

“Finance commission chairman has asked us to prepare the data of total period spent by each tourist in Goa. So that we can focus on the creation of infrastructure,” Sawant said.

“In compared to other parts, the ratio of days spent by foreigners in Goa  is higher. I have asked state tourism secretary to collect data,” he said.

The Chief Minister said that Goa needs to create infrastructure to focus on hinterland tourism.

He also said that the state finance commission would be appointed within next one or one-and-half months.