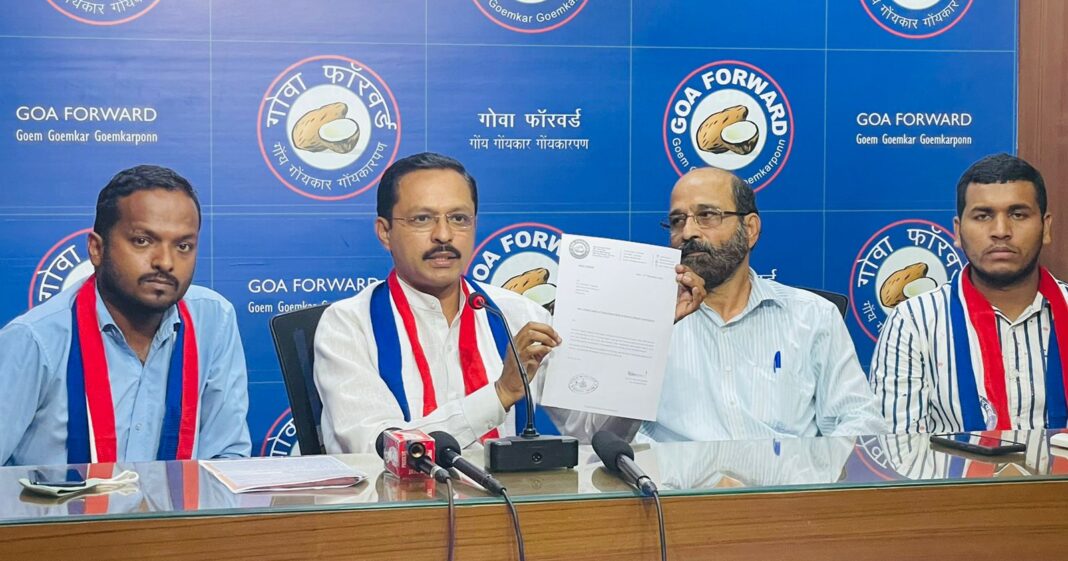 Panaji: Alleging that BJP has failed to construct a bridge at Chorao, on Mandovi river, leader of Goa Forward Party Santosh Kumar Sawant has demanded that at least repairs of Kawa Khazan Bund at Chorao should be done immediately to save farmers.

Sawant said that BJP has failed to bring their manifesto into reality. “It was announced in 2012 by Manohar Parrikar to construct the bridge at Chorao. But nothing has been done in the last ten years.” Sawant said.

Sawant on Thursday addressed a press conference in Panaji and hit out at BJP for not resolving issues of Chorao.

Sawant said that he has written to the Chief Minister to address the issue of Chorao. “I request him (Chief Minister) to resolve our issues as the local MLA has failed to listen to the problems of people.” He said.

Vaigankar said that the road along Chorao and Pomburpa comes under the water due to breach of bunds, which creates problems for commuters.

He said that roads get inundated with water whenever there is high tide. “Around 400 farmers have suffered due to this situation of inundated water in fields.” Samresh Vaigankar said.

He said that the government will be responsible if the road is washed out. “No issues of locals have been resolved by local MLA. Now at least the government should compensate these farmers who have suffered loss.” Vaigankar said.

He also said that there is no ground to play in Chorao.

Haldankar said that ferry boats should be on time and more should be put in service.