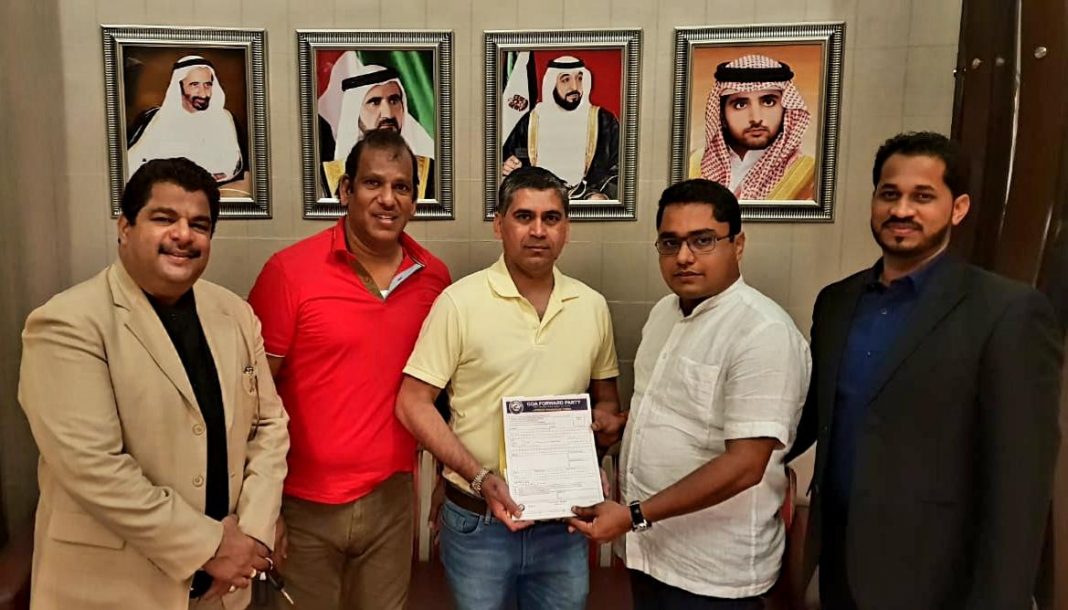 Panaji: Goa Forward Party ( GFP) today launched its membership drive to tap NRI Goemkars, to begin with UAE
GFP Vice President Durgadas Kamat attended the launch of membership drive at a City Hotel in Dubai.
Goa Forward President and cabinet Minister Vijai Sardesai will soon be travelling across globe to unite Goemkars, announced Kamat.
He said that Sardesai has decided to involve NRI Goemkars to be in main stream politics in Goa and to contribute towards the socio economic development of Goa, Kamat said during the launch.
Kamat further said that NRI Goemkars should play an important role in building Goa and taking it forward. “There are many NRI Goemkars who want to contribute for Goa but they dont have an platform. Goa Forward will give utmost importance to the NRI Goemkars so that they get an platform via Goa Forward to contribute towards the Goa,” he said.
Janardan Goltekar ,Core Committe member of Goa Forward , UAE said that they are encouraged by the leadership of Sardesai in taking Goa forward.
He said that it was really surprising that Dubai Style Fish Market was implemented and opened for public within 6 months by Sardesai. “We would suggest about more new projects to Vijai Sardesai which would benefit common Goemkars”, he said.
Dr Swapnil Nagvekar, Global President of International Sadguru Foundation, UAE and orginally resident of Assagao in Siolim Constituency said that they are always ready to help Goa Forward Party & Sardesai in whatever way possible to take Goa Forward. Vijai is a visionary leader and we can see a bright future for Goa in coming years under his leadership,” he said.
Goa Forward Core Committee Members Terry Dias , Akbar Khan, were present on the dias during the launch.
- Advertisement -