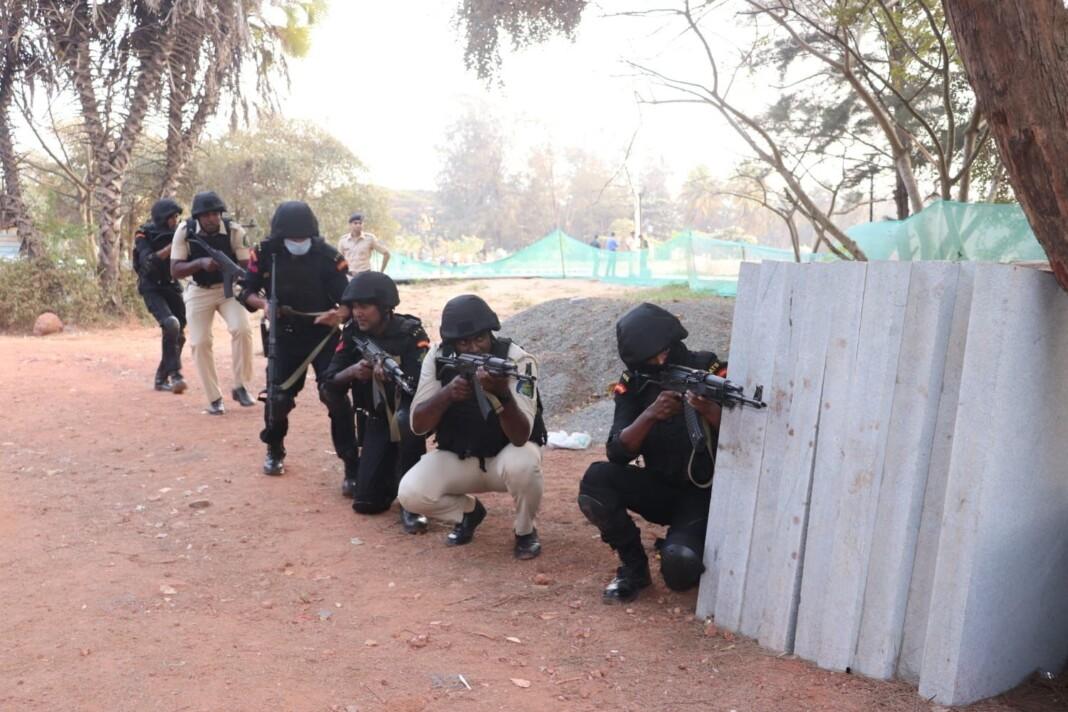 Panaji:  Ahead of the Republic Day, Goa Police along with other agencies on Monday conducted anti-terrorist mock drill exercise at Miramar beach near here.

Superintendent of Police (North) Nidin Valsan said that the first of its kind exercise was conducted at Miramar beach.

He said that it was anti-terrorist mock drill exercise conducted along with Anti-Terrorist Squad, Bomb Squad, Fire Department and Health Department has a part of Republic Day preparations.

Another police officer said that the dummy terrorists were successfully neutralized during the exercise by the forces.