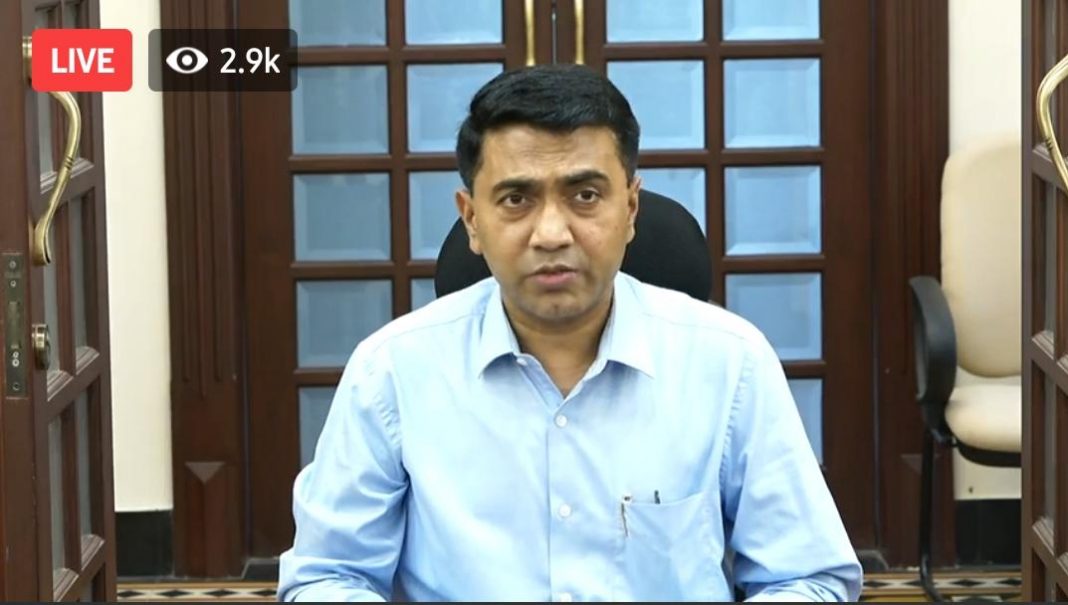 Panaji: Goa chief minister Pramod Sawant on Saturday initiated inquiry after a man claimed that he was assaulted by a group of Tablighi assaulted him at Navelim, South Goa.
In a video that went viral, a young muslim man claimed that he was assaulted by the group of Tablighi after he informed about them to the call centre launched to identify suspected COVID-19 patients.
“These men had come from outside the state. They may have attended the Jamaat at Nizamuddin. They were suspect and hence I had informed the call centre about them,” the youth said in the video.
He further claimed that some government official leaked his name to the Tablighi people, who then assaulted him.
As the video went viral, Chief minister told reporters on Saturday evening that he has already asked police to inquire into the incident.
“The information passed on to the call centre is supposed to be confidential. I have asked police to inquire into the incident and will find out whether there is leakage of information,” he said.
Share
Facebook
Twitter
WhatsApp
Linkedin
ReddIt
Email
Print
Telegram