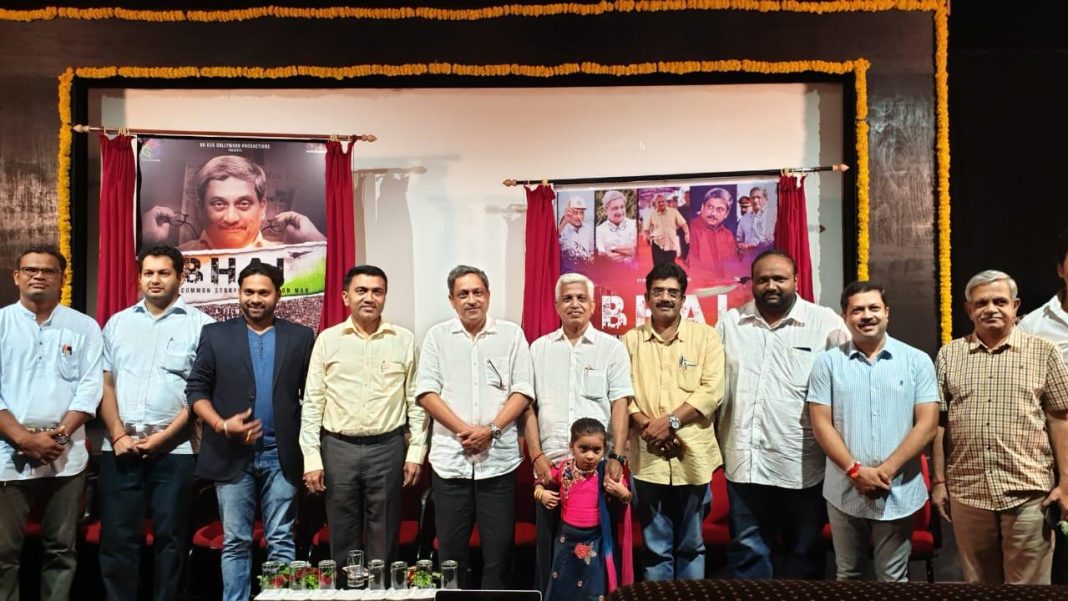 Panaji: A Goa based film production house on Friday announced launch of biopic movie on life of former Union Defence Minister Manohar Parrrikar, which would be released next year.

Go Goa Gollywood Production has signed a agreement with Utpal Parrikar for legal rights of the movie, which will be the only Hindi and Konkani feature film on Parrikar for next five years.

On Friday, Chief Minister Pramod Sawant in presence of Utpal and Audhut Parrikar, childhood friend of Parrikar, Sanjay Walawalkar and others unveiled the poster of the film.

Film Producer Swapnil Shetkar said that the movie will focus on personal and political life of Parrikar. “All the achievements as well as the controversies surrounding Manohar Parrikar will be shown in the movie,” he said.

The movie will more particularly focus on life of Parrikar before he became Chief Minister for the first time in 2000, the life that many of us are not aware about, Shetkar said.

“The work on the movie had started nearly three years back, when he was Union Defence Minister,” he said.

Shetkar said that the biopic would be released on the occasion of birth anniversary of Parrikar on December 13, next year.

Parrikar, was elevated to Narendra Modi led government’s first tenure in 2014 as Union Defence Minister. He returned back to State politics in March 2017, after BJP failed to get majority in Goa assembly elections. With support of regional parties, Parrikar had formed a coalition government.

Previous articlePM assures Goa Governor to resolve Mhadei issue shortly
Next articleManohar Bhai has transferred his josh to all youth, including me: Pramod Sawant