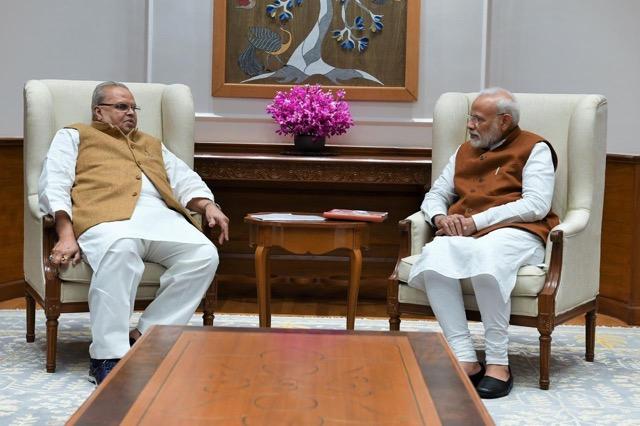 Governor had on Thursday called on Prime Minister during his visit to New Delhi.

In a press statement issued by government, it is said that Governor took up the issue of Mhadei Water dispute especially the environmental clearance given to Kalasa-Banduri water project of Karnataka by the Ministry of Environment, Forest and Climate Change.

“Governor emphasized upon the importance of Mhadei water to the State of Goa, it being the lifeline of the people of Goa. The Prime Minister gave due assurance to the  Governor that the issue will be resolved shortly,” the press statement added.

Pursuant to this visit, Shri Prakash Javdekar, Minister of Environment, Forest and Climate Change, telephonically conveyed to Governor that a positive solution would be arrived in a day or two, it said further.