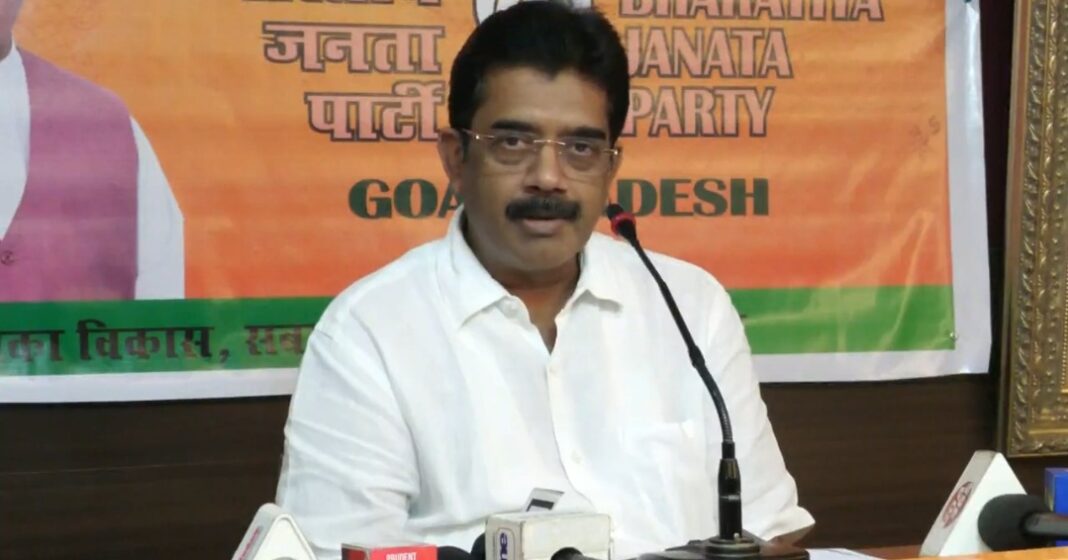 Panaji:  Bharatiya Janata Party (BJP) on Thursday challenged Congress’ Goa Chief Girish Chodankar to reveal name of the state minister against whom, he has leveled allegation of being involved in sex scandal.

BJP Goa President Sadanand Shet Tanavade told reporters that Chodankar should mention the name of the minister against whom he has leveled the allegations.

He said that the chief minister will take action against the concerned minister, if Chodankar supports his allegations with the evidence.

Tanavade said that chief minister is ready to take action in the matter, but Chodankar should provide the evidence to support his allegations.

Chodankar had accused one of the minister in Sawant led cabinet ofbeing involved in sex scandal. He had claimed that the minister was sexually exploiting and blackmailing the victim misusing his position in the state cabinet.

Tanavade said that the no one has filed any complaint against any minister in this connection.

The BJP president said that Chodankar may have been making such baseless statements to grab the attention when his own party had formed alliance with Goa Forward Party keeping him out of the loop.

“We saw Rahul Gandhi with GFP leaders and other Congress leaders in Delhi announcing the alliance but Chodankar was not present in the meeting,” he pointed out adding that Chodankar may be upset because he was not invited and hence held press conference on sex scandal to grab the attention.