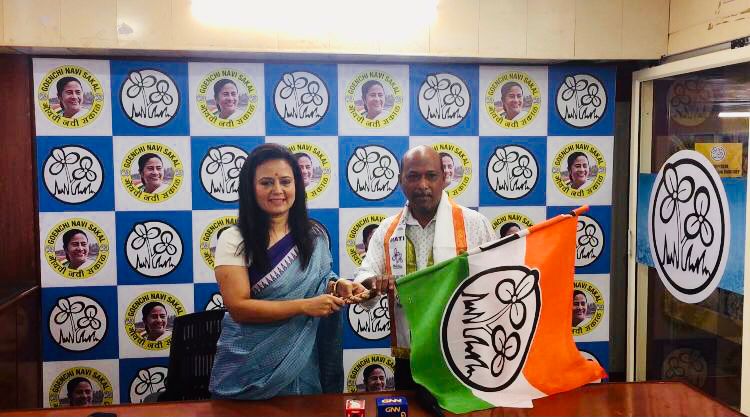 Addressing the media, Shri Rupesh Halankar said that he the reason he joined the TMC was because it gives a platform to work for Goans. “I joined TMC because this party provides space to work at the grassroots level. Didi is my inspiration and I look up to her. I did not align myself with any party over the last 3 years, but with the coming of TMC I could not stay away. This because TMC is the only party that has shown intention and determination to defeat the BJP.”

Praising Shri Rupesh and his decision to join the party, Smt Mahua Moitra said, ‘Last time he lost by a very slim margin. He wants to take the party forward in Goa since he is an efficient grassroots worker. He also has a good influence over the 3 wards in Panjim. Goa TMC is glad to welcome him into the party fold.”

Replying to the question on the Bengal model being replicated in Goa, Smt Moitra said, “Each state has its own characteristics. Goa has its own history and tradition. TMC is a platform for Goans to raise their voice. We have come in a big way as the need of the hour is to throw BJP out. Congress is incapable of doing it. Hence, we are here to ensure it.”

Goa TMC welcomes Shri Rupesh Halankar into the party fold and wishes to work in tandem to usher in a ‘New Dawn’ in Goa.