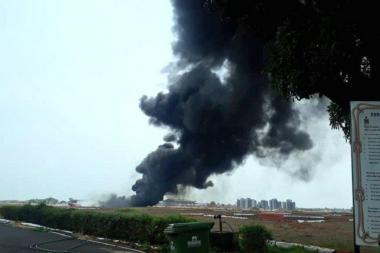 The airport which was closed down at 2 p.m. was reopened at 3.45 p.m. when runway was cleared for flight traffic. While landing of the aircrafts was affected, several flights departed from the airport during the shut down of two hours, a senior Goa airport official said.

“During the closure of the Airport, the departures were taking place happening from the airport but landings have been stopped till runway is repaired,” he said.

In the afternoon, Goa Airport tweeted “Due to jettisoned fuel tank on runway during MiG sortie, the operations are closed for two hours at Goa airport. Please bear with us.”

Goa airport is a part of Indian Navy’s INS Hansa airbase which is home for several fighter squadrons including Mig29-K.