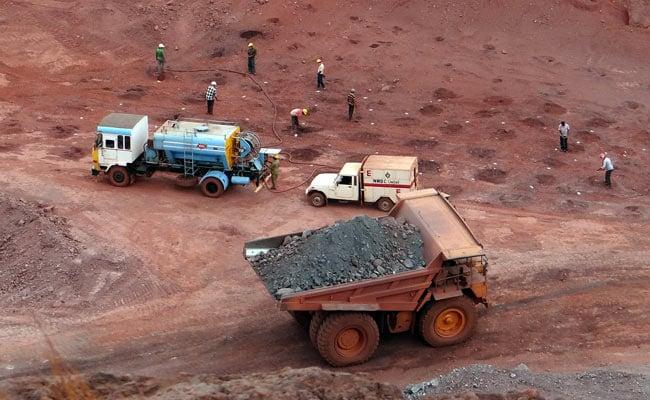 Industry body Ficci has sought the government’s intervention for early resumption of mining in Goa, claiming that the Rs 3,400-crore sector that contributes around 10-12 per cent to the state GDP was under severe threat due to the apex court quashing mining leases.

“The sudden discontinuance of mining operations in Goa is creating a huge loss to the mineral sector as a whole…Therefore, government’s intervention is requested for early resumption of mining operations as the situation at ground is a grave concern for the whole sector,” Ficci said in its recent representation on the mining industry to government think-tank NITI Aayog.

A sizeable population of Goa, it said, is directly or indirectly dependent on mining activities, adding that the mining industry in the coastal state has a size of around Rs 3,400 crore.

“Goa Mining Industry…is under severe threat due to the recent Supreme Court decision. This can severely impact the employment of around 1.5 lakh to 2 lakh people, who are directly or indirectly dependent on the sector for livelihood,” it said.

Needless to say, this can also potentially lead to severe loss of investor confidence in the country by increasing the non-performing Assets pertaining to the Mining sector.

The Supreme Court judgement dated February 7, 2018, quashed the second renewal of iron ore mining leases given to 88 companies in Goa in 2015, it said.

According to the apex court’s previous judgements, only fresh leases were to be granted by the Goa government, not second renewals, it said.

“This decision has led to stoppage of mining operations in the state of Goa with effect from March 16, 2018. Unfortunately, this judgement by the Supreme Court does not seem to be in line with the amended MMDR Act, 2015,” it added.

“As per amended MMDR Act 2015, all mining leases granted before the commencement of the Amended Act, 2015 shall be deemed to have been granted for a period of fifty years,” Ficci said.

“Also, as the provision of collection of royalty and dead rent is made prospective i.e. from 23rd May, 1987, it is recommended that the term of mining leases granted should also be extended till 2037, with prospective effect from 23rd May, 1987 and not retrospective from 1961. As such there is a need to harmonise the Goa Abolition Act and the MMRD Act, 2015 as it appears that this has been not entirely considered,” it added.

Previous articleBabush had approached BJP for ticket before joining Congress- Vinay Tendulkar
Next articleOne year of www.goanewshub.com, a website that never sleeps