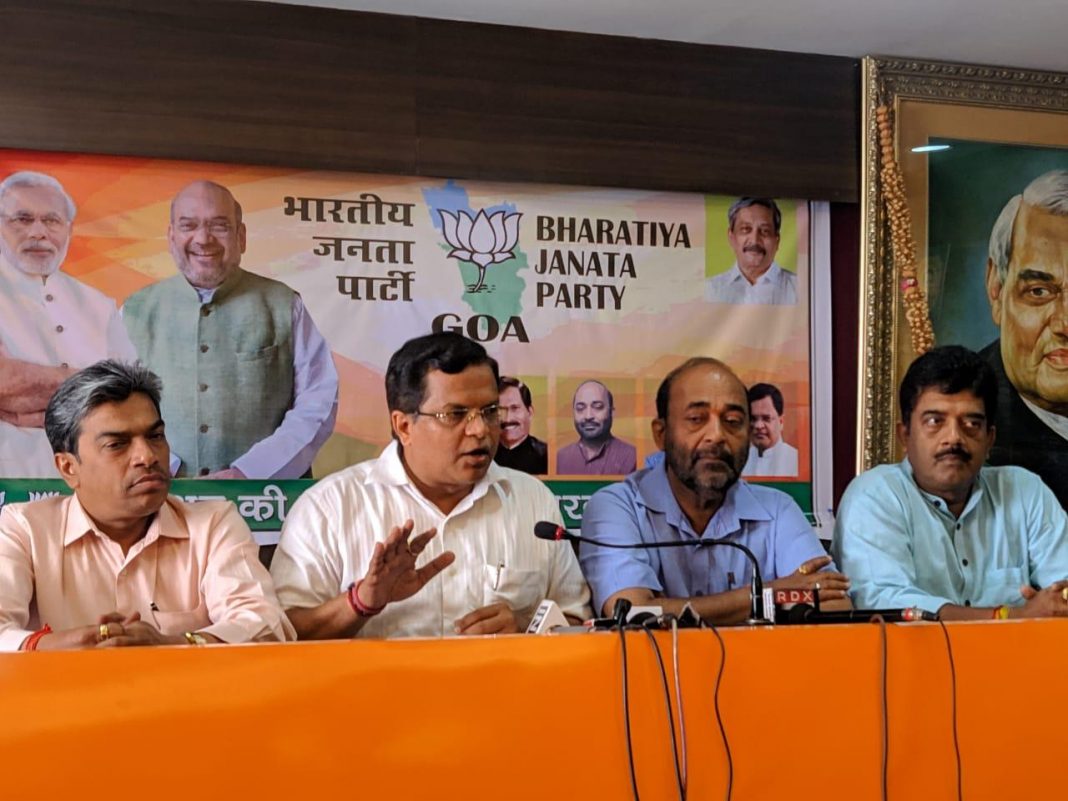 Panaji: Babush Monserratte wanted to contest upcoming Panaji by-election on BJP ticket, but was denied the same, after which he opted for congress ticket, BJP President Vinay Tendulkar revealed today.

During a press conference, Tendulkar said that Babush had approached BJP soon after Panaji elections were announced (April 9).

“Babush had visited BJP office demanding that he be given the ticket for Panaji by-elections. But we denied. We were not here to sell tickets. We already had our candidate and were not interested in importing any candidate,” Tendulkar said.

“After we denied ticket, Babush went and joined Congress, which according to him is a party of scrap,” he added.

Monserratte, former Goa Forward Party (GFP) leader, joined Congress on April 18. He is party’s candidate for Panaji by election on May 19.

Previous articleGCZMA resolves to demolish 170 illegal structures in NDZ; to impose one lakh fine each
Next articleFicci seeks govt’s intervention for early resumption of mining operations in Goa