Fate of MGP in Sawant-led cabinet hangs in balance 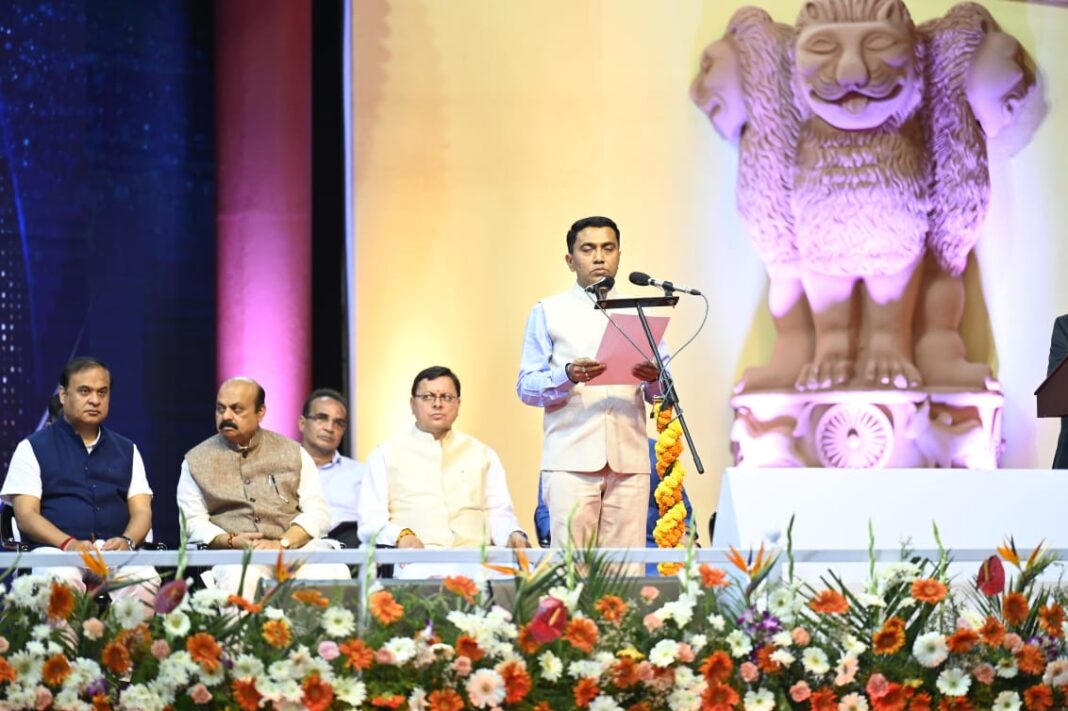 Panaji: While eight ministers along with the chief minister, all belonging to Bharatiya Janata Party, were sworn-in on Monday in the Goa government, the suspension still continues over three posts.

The total strength of Goa cabinet can go up to 12 including the chief minister.

On Monday, Governor P S Sreedharan Pillai swore in Pramod Sawant as chief minister of the state, while other seven BJP MLAs were also given oath in a function which was attended by Prime Minister Narendra Modi amongst others.

The swearing in ceremony has continued suspension over the three cabinet positions, which were likely to be given to the non-BJP MLAs, who have supported the government.

BJP has been given support by three Independents and two from Maharashtrawadi Gomantak Party.

State BJP President Sadanand Shet Tanavade told reporters on Monday that the induction of three more ministers would be done “within a month or two.” He refused to elaborate whether they will be filled by non-BJP MLAs.

A group of BJP MLAs had publicly opposed the induction of MGP in the state cabinet claiming that the party does not require support of Deepak Dhavalikar-led political outfit. Without two MLAs of MGP, BJP and its allies has 23 MLAs by its side, which is a comfortable majority.

BJP MLA and Minister Govind Gaude had told reporters, last week, that MGP should not be taken in the government as they had contested Assembly election against the BJP in alliance with Trinamool Congress Party (TMC).