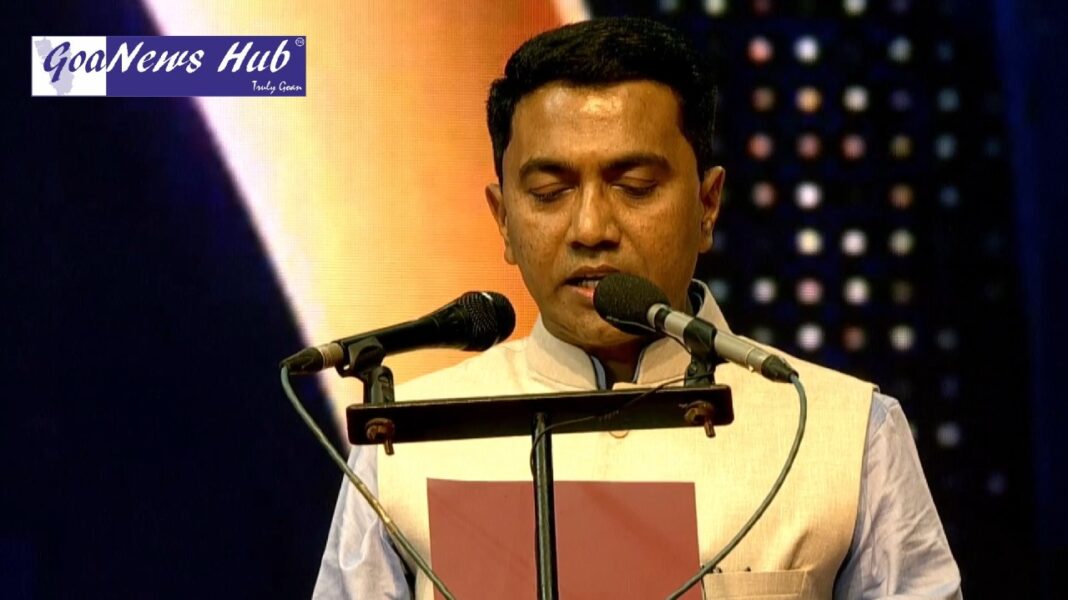 Panaji: BJP MLA Dr Pramod Sawant on Monday was sworn-in as the chief minister of the State in a ceremony near here that was participated by thousands of people.

Rane, Godinho, Cabral and Gaude were part of Sawant-led cabinet between 2019-22 while Khaunte was minister in Manohar Parrikar-led government. Naik, Shirodkar and Monserratte will be sworn-in for the first time in BJP-led cabinet.

Sawant took oath in Konkani language. This is the second tenure of Sawant as the chief minister of the state. He was sworn in for the first time in March 2019 after the demise of then CM Manohar Parrikar.

Sawant was elected as the head of BJP legislature wing after the party won on 20 seats during recently held Goa Legislative Assembly election.