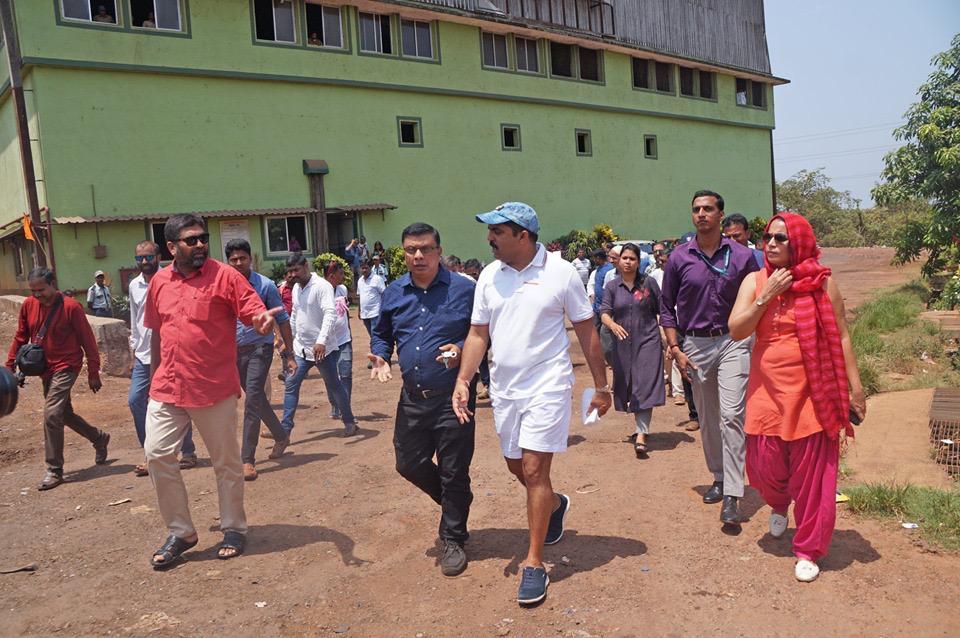 Sardesai along with the official of Margao Municipal Council including Chief Officer Siddhivinayak Naik, Chairperson Babita Angle and others inspected the Sonsodo dump.

“The hill is challenging the force of gravity and rains,” commented Sardesai insisting that MMC, Fomento, Social Activists and people living in the area should find out solution for this problem, collectively.

He said that the work has to be undertaken on two basis – short and long term.

Sardesai has directed the MMC to focus on monsoon preparedness with leacheate management, capping with plastic, cleaning of wells and fumigation as short term.

The authorities will also hold meeting with Fomento company, which is engaged in handling garbage at this spot, to look out for mixed waste treatment as a long term measure.

Sardesai said that the segregation of garbage at Sonsodo would take one generation to do it.