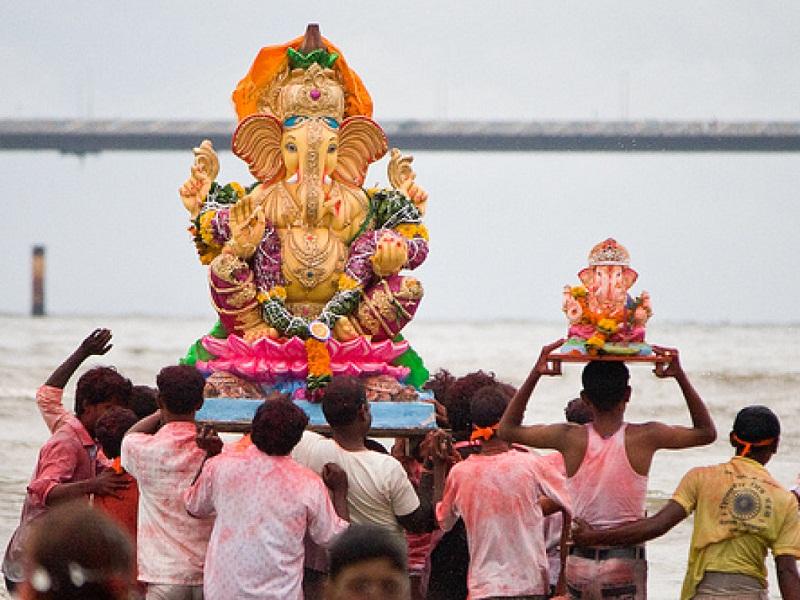 Panaji:  With Ganesh Chaturthi celebrations around the corner, Drishti Marine, the state-appointed professional lifeguard agency is gearing up to ensure that the immersions take place in a manner which is safe keeping in mind the safety of the people. The agency has also offered suggestions on ways to stay safe during immersion celebrations along the coast.

The proposed arrangements have been submitted to the state government and is awaiting clearance.

Drishti has planned to have a team of lifeguards stationed all night at 42 beaches along the coast during the ongoing Ganesh festivities to assist and aid people in the immersion ritual of the idol of Lord Ganesha which generally takes place late in the night. Lifeguards will be deployed beyond their regular hour of duty at these 28 identified locations between 13th and 23rd September 2018.

At the designated beaches teams of lifeguards will assist people and ensure they are safe and will assist them to return back to shore safely after the immersion process. In some cases, if the sea conditions are rough, the lifeguards will offer to carry the idol into the deeper areas for immersion after the ceremonial puja takes place.

Drishti requests people to carry out their immersion at the main entry point of the beaches where lifeguarding teams will be present or approach the lifeguard tower for assistance.

Drishti especially cautioned adults to keep a very close eye on children while on the beach and to not allow children to venture into the waters under night fall, no matter how shallow it may be. The agency also advises locals and tourists, many of who turn up to watch the festive proceedings, not to enter the waters and most certainly restrain to do so if under the influence of alcohol.

The team has made arrangements to have an additional back-up lifeguard team and vehicles on stand-by in case of any emergency.

Beaches where a team of lifeguards will be deployed all night long between the dates 13th and 23rd September to ensure people stay safe during the Ganesh celebrations.