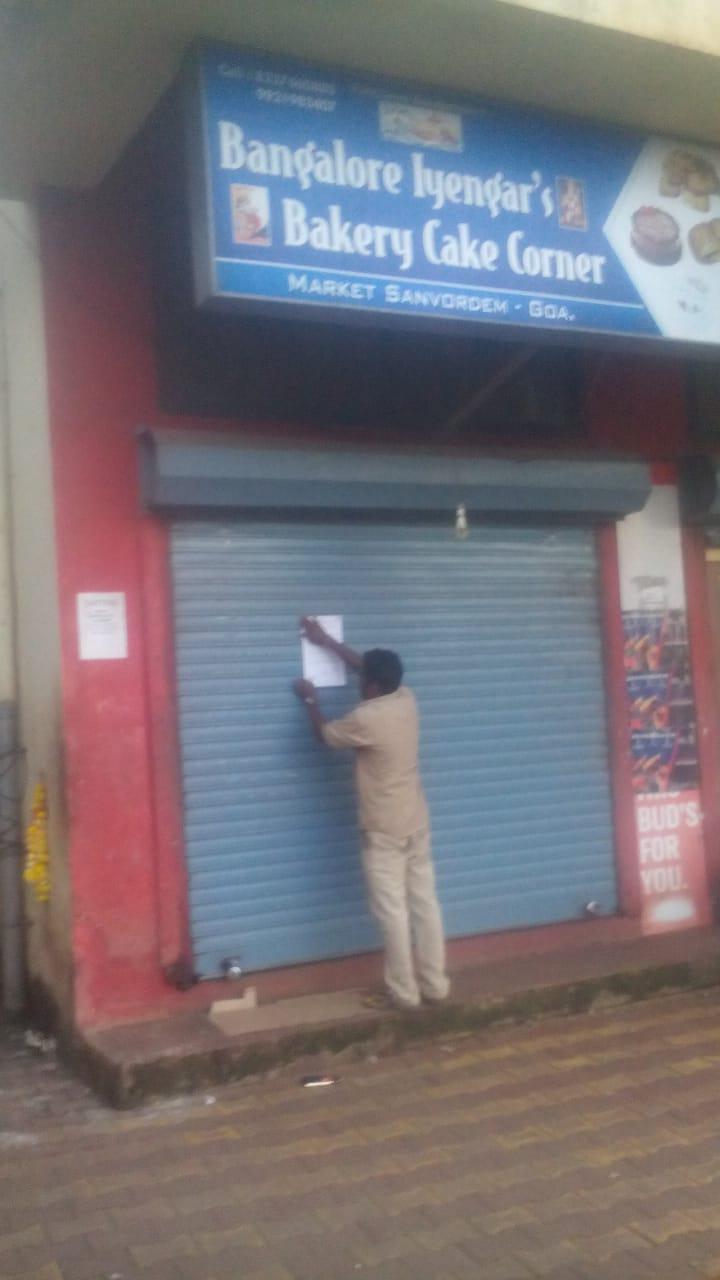 Curchorem: After expose on social media by two young social activists, the Goa Youth Forward today forced Curchorem Municipal Council to shut down the operations of Bangalore Iyengar Bakery which was found to be conducting its operations in unhygienic condition.

The delegation of Goa Youth Forward led by Raj Malik met Curchorem Municipal Council Chief Officer Kapil Phadte with the request to close down the establishment as they were preparing the products under unhygienic condition.

Initially, the delegation of GYF visited the bakery and found that they were preparing the bakery products without having proper permission.

The council later issued they the closure order after inspecting the premises.

Phadte in the notice has said that additional activity of production of bakery products were being carried out in the annex room behind the shop without obtaining trade and occupation licence.

The council has also noted that the bakery owner was carrying out the trade without maintaining proper hygiene and cleanliness which is detrimental to public health.

“Continuance of the trade of the baker and additional activity of production of bakery products is in violation of the provision of the Municipalities Act and detrimental to public health and also in violation of conditions of Trade and Occupation Licence issued by the council.

Talking to Goa News Hub, Malik said that the Goa Youth Forward will always fight for the cause. He questioned why Food and Drugs Administration has failed to inspect such premises.

“It is the duty of FDA to conduct the inspections. They have failed in their duty due to which health of the people is at risk,” he added.