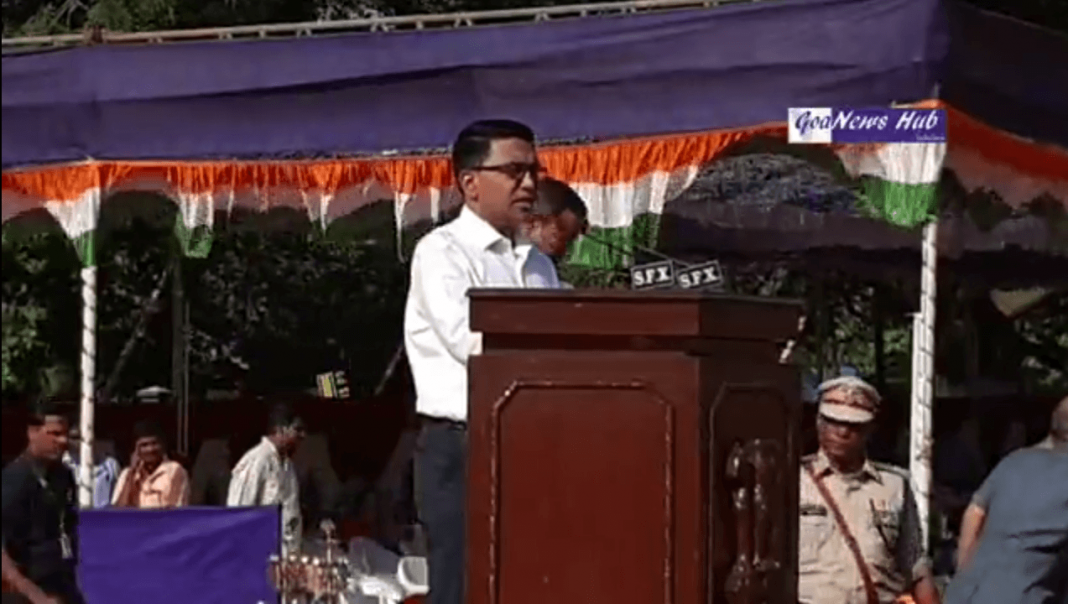 Panaji: Chief Minister Pramod Sawant on Thursday appealed the people “not to fall prey to the misleading campaigns launched in the state about Citizenship Amendment Act (CAA).”

Sawant was addressing the state level function held to celebrate Goa Liberation Day in Panaji in presence of Speaker of Goa Legislative Assembly Rajesh Patnekar and others.

The Chief Minister also said that no one from any religion should be worried about CAA as it is not going to affect them in any way.

“Central government has passed Citizenship Amendment Act. I would like to assure you all that no Hindu, Muslim or Christian in Goa should be worried about it,” he said, appealing people not to fall prey for the misleading campaigns against the act.

“As the Chief Minister of the State, I would like to assure you that the act is not going to affect anyone in the State. It is my responsibility to protect interest of each citizen of the state,” Sawant said.

Goa had witnessed a silent protest at Panaji’s Azad Maidan against CAA and NRC on Wednesday which was participated by thousands of people.

In his speech, Sawant also referred to the communication by Union Environment, Forest and Climate Change Ministry to Karnataka on Wednesday keeping in abeyance its earlier letter on the project on Mahadayi river.

The Chief Minister said that for last one month, the opposition parties were busy leveling various allegations against him.

“But we have proved that we will not allow any kind of compromise on the issue of Mahadayi.  Mahadayi is like a mother to me and once again I would like to reiterate that our stand will not change on it,” he told the gathering.

“After the letter by MoEF keeping its earlier communication (to Karnataka) in abeyance, it is ample clear that we will not allow any compromise on Mahadayi issue. Mahadayi is of Goa and it will continue to be so,” he added.

Sawant announced that the attempts are on to ensure that the first phase of Greenfield airport at Mopa in North Goa is commissioned by the year 2022.

He also said that the mining industry in Goa would resume soon as attempts are going on to revive it by filing review petition before Supreme Court and also through intervention of the centre.