Donate your organs, DGP advices to those opposing helmet 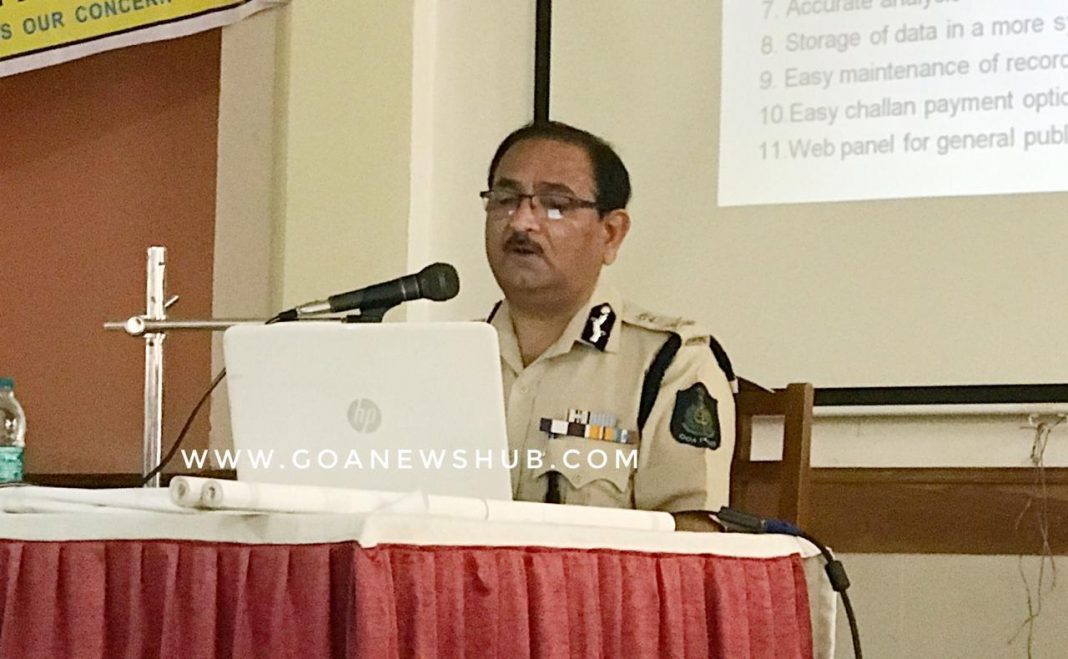 Panaji: Director General of Police Muktesh Chandar on Tuesday appealed those who don’t believe in wearing helmet to “donate their organs so that they can be beneficial to someone else after their death.”

Chandar was addressing a gathering of policemen and media persons on road safety where he took on the opponents of rule for helmet compulsion questioning whether their head is made of Iron.

Goa Police chief was apparently upset over the increasing opposition to Traffic Sentinel scheme, in which a civilian armed with mobile phone, can capture traffic violation and send it for prosecution to Police department.

“If you don’t believe in helmet then say so. Why to blame Traffic sentinels. This is a serious paradox which I fail to understand. Which one is more important? Screen of mobile phone or your head? We all put screen guards but we don’t want to put helmet,” he commented.

“Still you don’t want to believe in helmet (is that) because your head is made of iron,” the DGP questioned.

The recently concluded State Legislative Assembly Session had resolved against the Traffic Sentinels due to which State Transport Minister Sudin Dhavalikar had to assure to review the scheme.

Indirectly taking a dig at opponents of Traffic Sentinels, Chandar said “there is a society called flat earth society. They even have their website. They claim that the Earth is flat and everyone is telling lie that it is oval.”

“Those who don’t believe in using helmet should start ‘helmet is useless society’ and open the first chapter in Goa,” he taunted.

Chandar pointed out that last year 182 two-wheeler riders died on the road indicating the need for enforcement of compulsory helmet.

Pointing out that  Sweden took it up themselves to take the road accident deaths to zero, the DGP said the country has embarked upon an ambitious project that they will not allow anyone to die on the road.

“We can’t even think of saying that we will reduce it to zero,” Chandar said.

The DGP said that the focus areas for Goa should be to further reduce fatalities, improve pedestrian safety, implementation of helmet rule for pillion riders, jail sentences for drunken drivers and others.