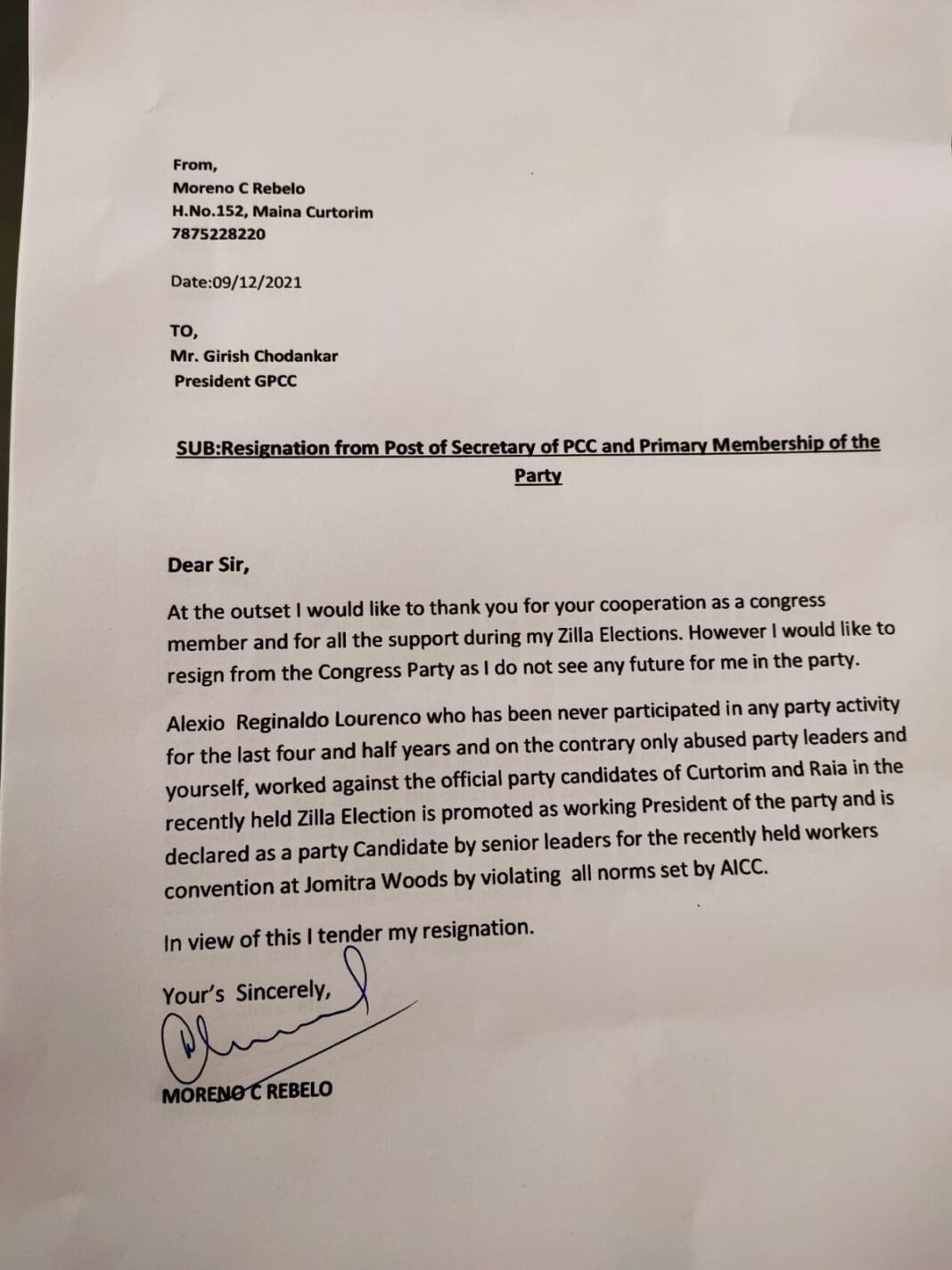 In his resignation, Rebelo has said “Aleixo Reginaldo Lourenco who has never participated in any party activity for last four and half years and on the contrary only abused party leaders and yourself, worked against the official party candidate of Curtorim and Raia in the recently held Zilla Panchayat election is promoted as working president of the party and is declared as a party candidate by senior leaders during recently held convention.
The letter is referred to GPCC chief Girish Chodankar.