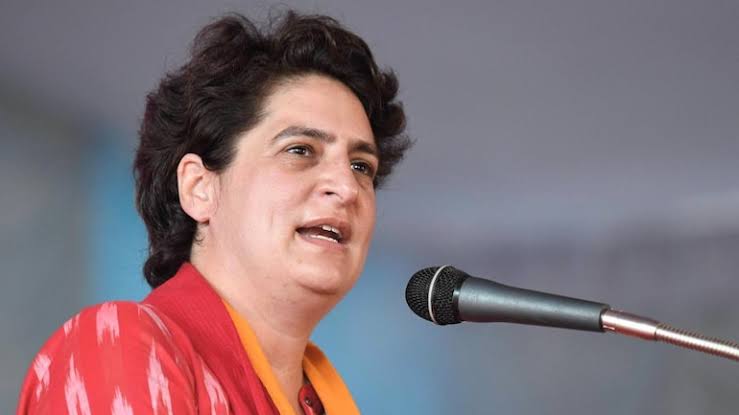 Panaji: Series of resignations and confusion over the alliance with like-minded parties marred Congress party on Friday when it was getting ready for series of public meetings by senior leader Priyanka Gandhi on Friday.

A group of leaders from Porvorim assembly constituency tendered their resignation on Friday morning. The group supported by Independent MLA Rohan Khaunte resigned from the party accusing the Congress as non-starter.

“The Congress party do not seem to be interested in contesting upcoming Goa elections seriously. It is a non-starter due to attitude of some of its leaders,” Gupesh Naik, a former Zilla panchayat member, who led the group from Porvorim told reporters.

In yet another setback for the party, its senior leader from South Goa Moreno Rebelo from Curtorim Assembly constituency tendered his resignation.

The resignation letter by Rebelo claims that he was upset after party announced candidature to sitting MLA Aleixo Reginaldo Lourenco despite he working against the party.

“Aleixo Reginaldo Lourenco who has never participated in any party activity for last four and half years and on the contrary only abused party leaders and yourself, worked against the official party candidate of Curtorim and Raia in the recently held Zilla Panchayat election is promoted as working president of the party and is declared as a party candidate by senior leaders during recently held convention,” he said in the letter, which is referred to Goa Pradesh Congress Committee  Chief Girish Chodankar.

The spate of resignations came hours after the party saw differences within itself over the alliance with Goa Forward Party.

While AICC Goa Election incharge P Chidambaram on Thursday said that GFP had extended support to Congress party, while refusing to term it as an alliance, another senior leader Dinesh Gundu Rao had proposed a meeting between GFP chief Vijai Sardesai and Chodankar on Saturday.

Talking to reporters in Panaji, Chidambaram had said ““So far we had one party leader Vijai Sardesai who came to Delhi and said, in order to defeat BJP, my party offers support to the congress party. Rahul Gandhi said we accept the support. All other details have to be discussed further,” he added.”

Within minutes of his statement, Rao had tweeted ““I have invited Sri @VijaiSardesai, President of @Goaforwardparty for a meeting with Sri @girishgoa, President of @INCGoa and others on 11/12/21, 10 am at Congress Election Office, Patto Plaza, Panjim.”