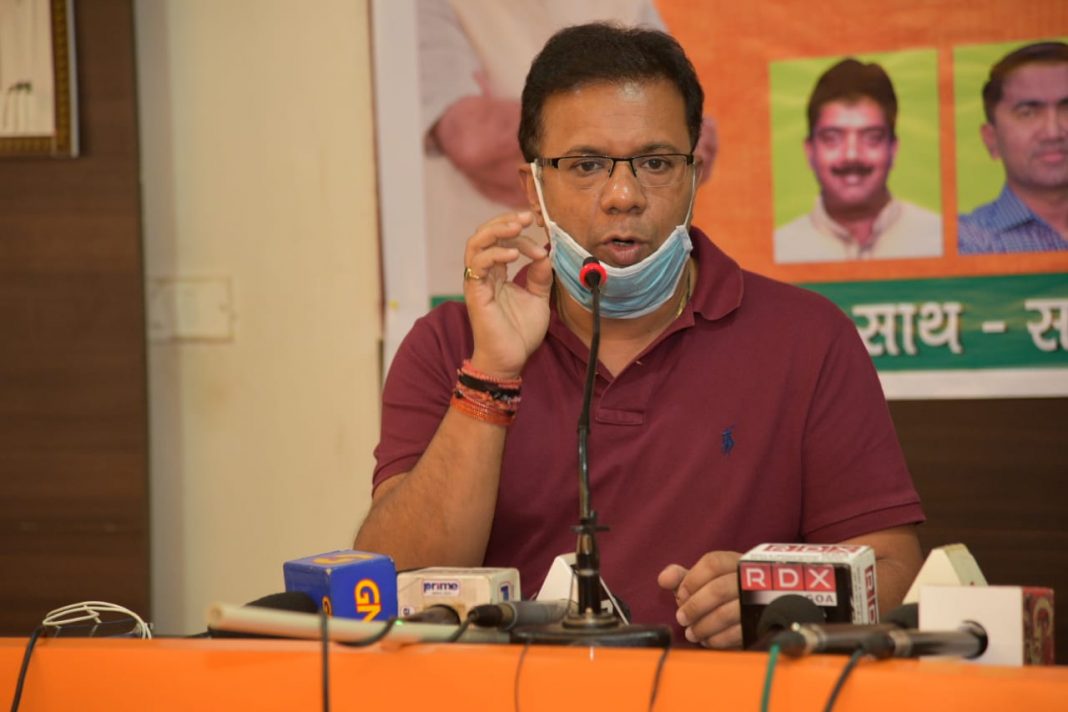 Panaji: Health Minister Vishwajit Rane said that Goa will bounce back to the position of zero cases in the state with the help of best practices adopted by the state.

Rane also said that Goa cannot remain insulated from the rising cases of COVID-19 in the country.

Addressing a press conference, the health minister slammed opposition MLAs for “hitting the government below the belt.”

He said that the opposition MLAs were busy misguiding the people, despite the fact that State government is taking all necessary step to control the spread of COVID-19.

Rane said that the state has 46 positive active cases who are recovering. “Goa will bounce back to its earlier stage. We have best health infrastructure in place,” the minister said.

When asked whether Goa has been labeled as Red Zone, the minister said it is for the centre to do the zoning. “We are busy treating the patients and ensuring that those who are admitted recovers,” he said.

Goa was declared as Green Zone on May 01 which later saw spike in the cases since May 13.

Rane said that all the SOPs are in place. “The SOPs are evolving constantly. We will strengthen the SOP in future,” he said.

The minister said that all the 40 MLAs should join hands to fight back COVID-19.

He said that the tourists are not welcomed to Goa. “We are telling people that if you don’t have home in Goa don not come to Goa. We are not welcoming tourists,” he commented adding that after opening of the airport, the lesser number of footfalls compared to the anticipated figures.