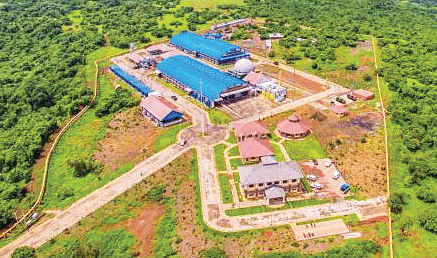 Panaji: In a letter to Goa Governor Mridula Sinha, Congress leaders have sought her necessary direction to State government to drop the proposed expansion of Saligao garbage treatment plant claiming it to be against public interest.

“Request to direct the State government to drop the proposed expansion of capacity of the Saligao-Calangute waste treatment plant from 100TPD to 250TPD in view of the genuine concerns and well founded reasons expressed by the people of Saligao and Calangute constituencies,” the letter written to Governor mention.

“And more specifically the villagers of Saligao, Pilerne-Marra, Candolim and surrounding areas, who are rightly opposing the said ill conceived proposal of the State government,” it added.

The letter pointed out that the affected villagers have through their public agitations been complaining that the stench and foul smell emanating from the site of the plant is posing a hazard to their well being while the dripping of litchet and the falling of off the garbage from the transporting trucks has been posing a nuisance.

It has said that despite this government has high handedly taken the ill conceived decision to enhance the facility against the wishes of the people of the surrounding villages.