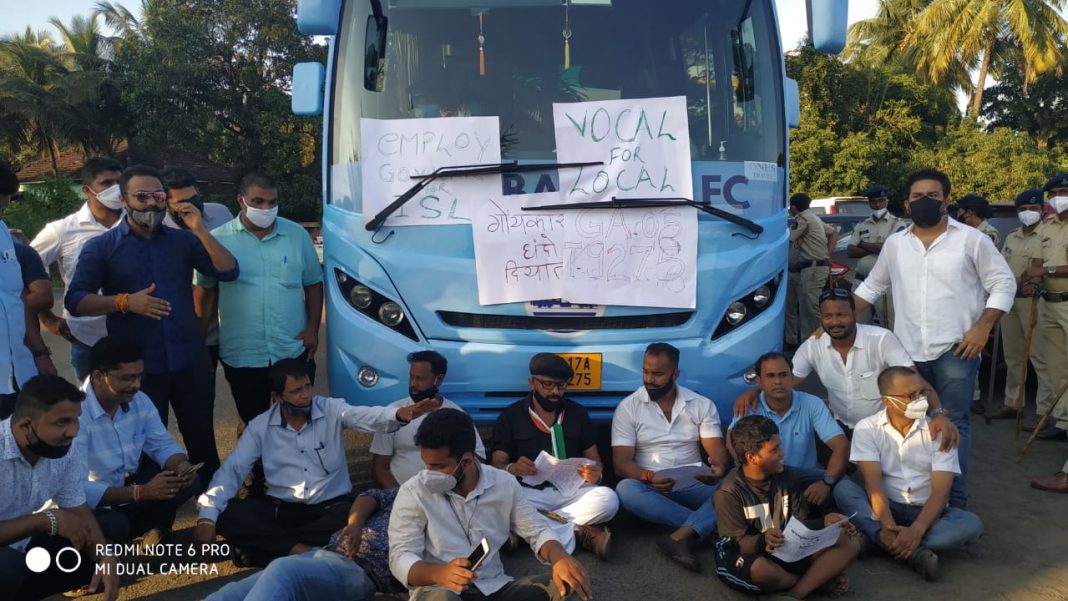 Congress workers stop UP registered bus fetching ISL players
Panaji: Demanding business for locals and utilising services from the state, Congress workers on Wednesday demonstrated against the Indian Super League (ISL) management. The workers led by Sankalp Amonkar protested at Nagoa,Verna football ground.
Amonkar along with Amarnath Panjikar, Janardhan Bhandari, Varad Mardolkar and other members protested demanding business for Goans during ISL football tournament to be held in Goa.
Raising slogans of “Go Back” and “we want business for Goan”, the party workers did not allow players of team Mumbai City to get down from the Uttar Pradesh registered bus for the training session along with other taxis from other states carrying management and coach were also stopped.
The Congress workers also forced the bus to return back.
The matter came under control after the protestors were assured by the ISL management to discuss the issue on Thursday regarding the business to locals the congress workers agreed to leave the venue near Nagoa football ground.
Congress delegation will meet the ISL management tomorrow evening to discuss the issue.
In must be recalled that the Congress party in a press conference held on November 10 had demanded that the bus, taxi, generator, sound and other required services for the tournament should be given to Goans only.
- Advertisement -