Congress versus Congress on Leader of Opposition issue 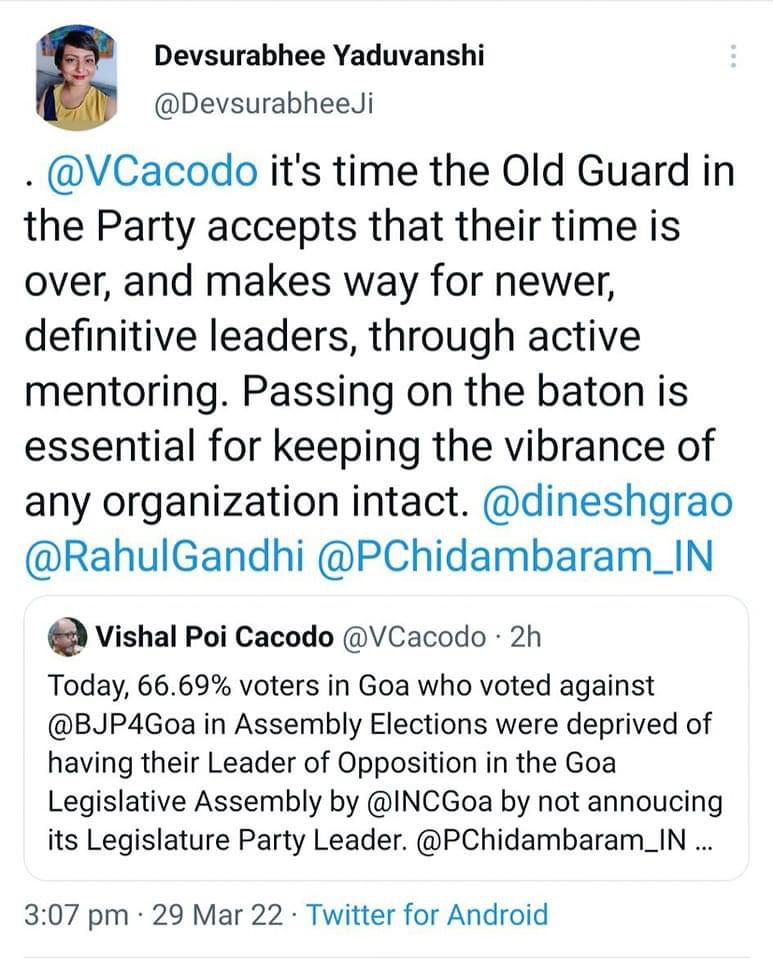 Panaji: The differences within Congress party over selection of Leader of Opposition have been spilling out of the closed circle with the party leaders engaged in twitter feud.

Vishal Pai Cacodo, Congress’ Goa campaign manager and close aide of Digambar Kamat, was the first one to start this discussion.

Cacodo tweeted “Today, 66.9 per cent voters in Goa who voted against @BJP4Goa in Assembly Elections were deprived of having their Leader of Opposition in the Goa Legislative Assembly by @INCGoa by not announcing its legislature party leader.”

She “..@VCacodo it’s time the Old Guard in the Party accepts that their time is over, and makes way for newer, definitive leaders, through active mentoring, passing on the baton is essential for keeping the vibrance of any organisation intact.”