Goa’s Mopa Airport would be commissioned on August 2022: Governor 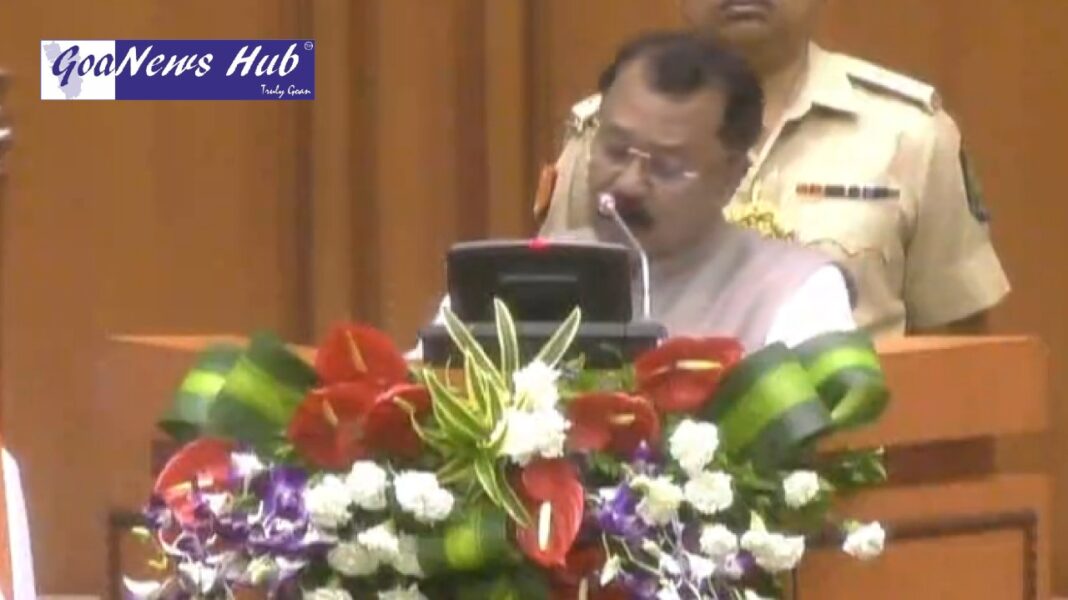 Panaji: Goa Governor P S Sreedharan Pillai in his address to the House on Tuesday said that the construction work of International Airport at Mopa in North Goa is expected to be completed and commissioned by August, 2022.

The Governor was addressing the House after the newly elected Members of Legislative Assembly voted for the post of the Speaker. BJP MLA Ramesh Tawadkar was elected as the Speaker of the Assembly.

In his one and half hour long address, the Governor said that the  construction work of Mopa Airport (international airport facility at Mopa village in North Goa) is expected to be completed and commissioned by August 2022.

He said that the construction of Aviation Skill Development Centre (ASDC) at the Mopa Airport site has been completed and the same has been inaugurated by the Prime Minister of India on December 19, 2021.

“The ASDC has become operational and about 1500 unemployed youth are expected to be trained prior to commissioning of the Airport,” he said.

In his speech, the Governor highlighted the achievement of the State government despite facing COVID-19 pandemic.

“The steps initiated by the State administration under the directions/ advisories of the State Empowered Committee Chaired by Chief Secretary in monitoring and taking measures in controlling the pandemic, creating awareness and implementing vaccination programme is commendable,” the Governor said.

He said that Goa is one of the few states which have covered 100 per cent vaccination of both the doses for the adult population as per Co-Win portal as on March 01, 2022.

The Governor said that  the State has become a role model due to our determination, self confidence, astute leadership, support and co-operation of the members of this August House and the citizens as well.

He said that Goa has received an amount of Rs. 150.00 crore out of Rs. 300.00 crore towards infrastructure development from the Government of India for celebration of 60th Goa Liberation Year.

The Governor said that  the State has progressed well in all spheres and secured 4th position/rank in the country by scoring an index of 72 points in the Sustainable Development Goals (SDG) India Index 3.0 report published by the NITI Aayog.

Referring to the Iron Ore mining activity which has stopped in the state, the Governor said that efforts for resumption of mining activities in the State are on for stability and

employment in the mining dependent villages.

conducted; 16.03 million tons of the mineral ore have been sold,” he said.