Congress protests against hike in fuel prices, calls it as an extortion 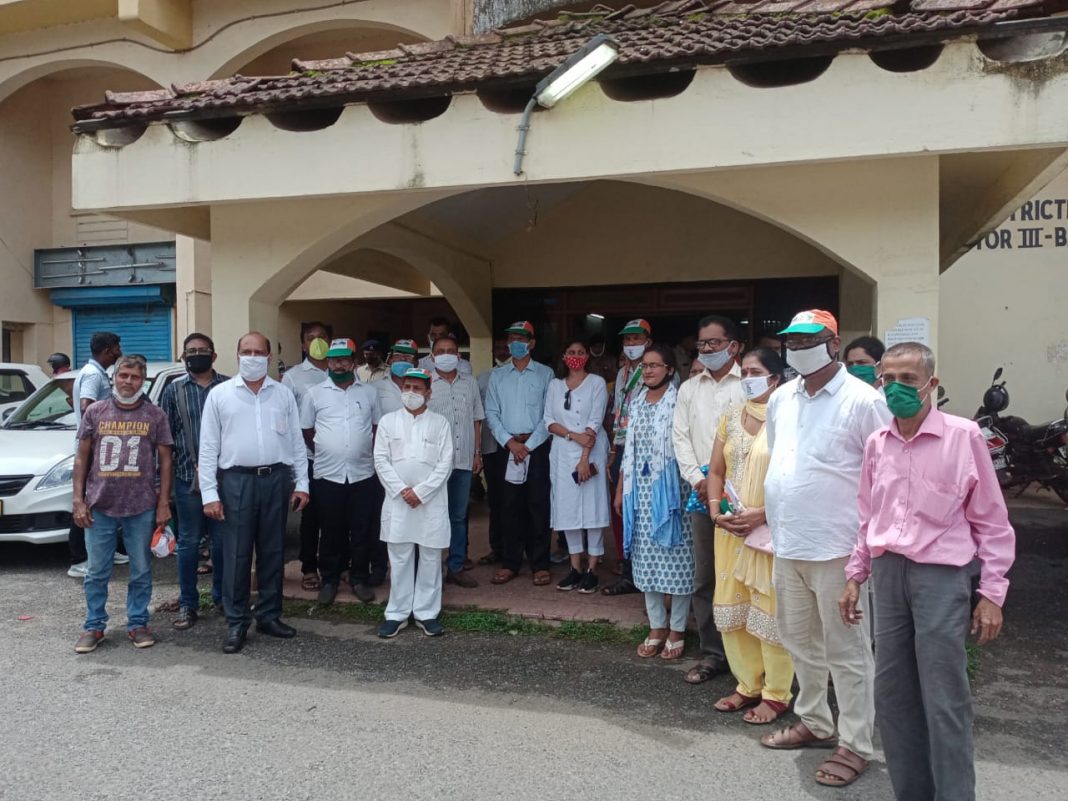 Panaji: Congress party in Goa on Monday protested against the hike in fuel prices at the backdrop of current health and economic pandemic.

In two separate demonstrations held in North and South District respectively, the Congress party petitioned President of India seeking his intervention in rolling back the hike in the prices. The congress has called it as “extortion” by Modi-led government by way of unprecedented hike in the prices of Petrol and Diesel.

“The repeated and unjust increase in the prices as also the Central Excise Duty on Petrol and Diesel over the last three months of the Lockdown has inflicted insurmountable pain and suffering on the people of India,” reads the petition submitted by Congress to District Administration.

“As the country faces unprecedented health and economic pandemic, Modi Government is profiteering from the misery of the people by repeated increases in prices as also Excise Duty on Petrol and Diesel,” the party has said.

Congress has claimed that Modi Government has earned Rs 18,00,000 crore in last six years by increase in Excise Duty on Petrol and Diesel alone.

“Since the Lockdown three months ago, the extent of extortion and profiteering by repeated increases in prices and Excise Duty on Petrol and Diesel has surpassed all forms of exploitation,” the party has said.

“In last three and half  months alone, BJP Government has increased the Price and Excise Duty on Diesel by Rs.26.48 per litre and on Petrol by Rs.21.50 per litre,” Congress said.

Congress has urged the President of India to direct the immediate roll back of Petrol-Diesel prices and Excise Duty increased post March 5,  2020 and pass on this benefit to the people of India in these difficult times.