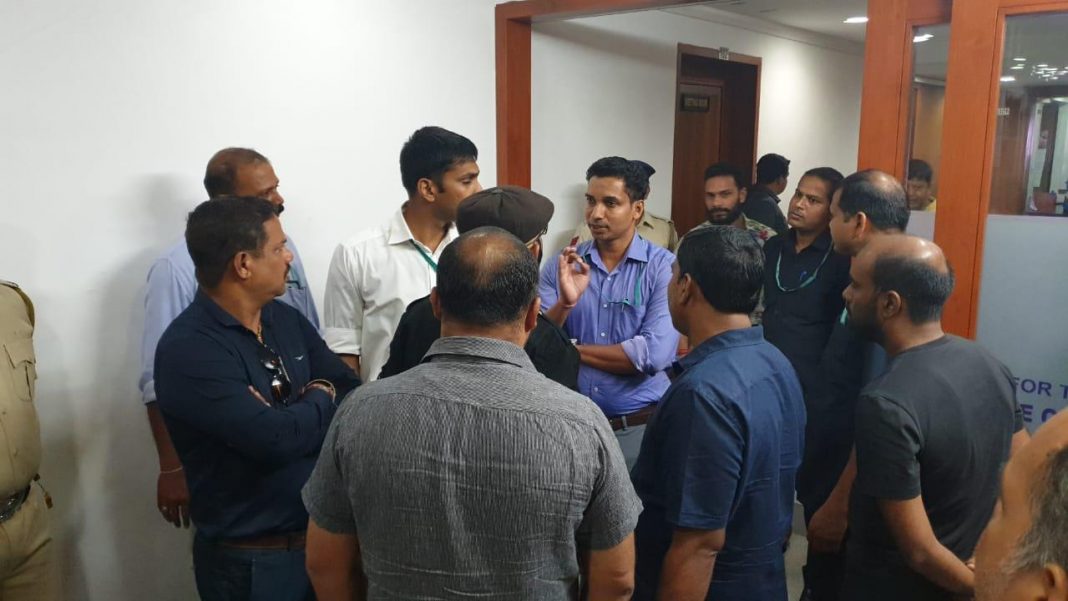 Porvorim: In an unique protest, the Congress leaders on Wednesday went to Secretariat at Porvorim to felicitate Chief Minister Pramod Sawant urging him to take the credit on Mahadayi issue, but ensure that the union government withdraws.

Congress leaders led by Janardan Bhandari, North Goa District President Vijay Bhike and others went to Secretariat to felicitate Sawant, as a mark of protest.

They were reacting to the statement of CM that no one should take credit on Mahadayi issue.

He said that the core issue is to ensure that the letter written by union government to Karnataka should be withdrawn. “We are not here for taking any credit,” he said.

Previous articleMargao municipal council to crackdown on illegal business and their advt hoardings
Next articleNow water break compulsory in Goa schools too!