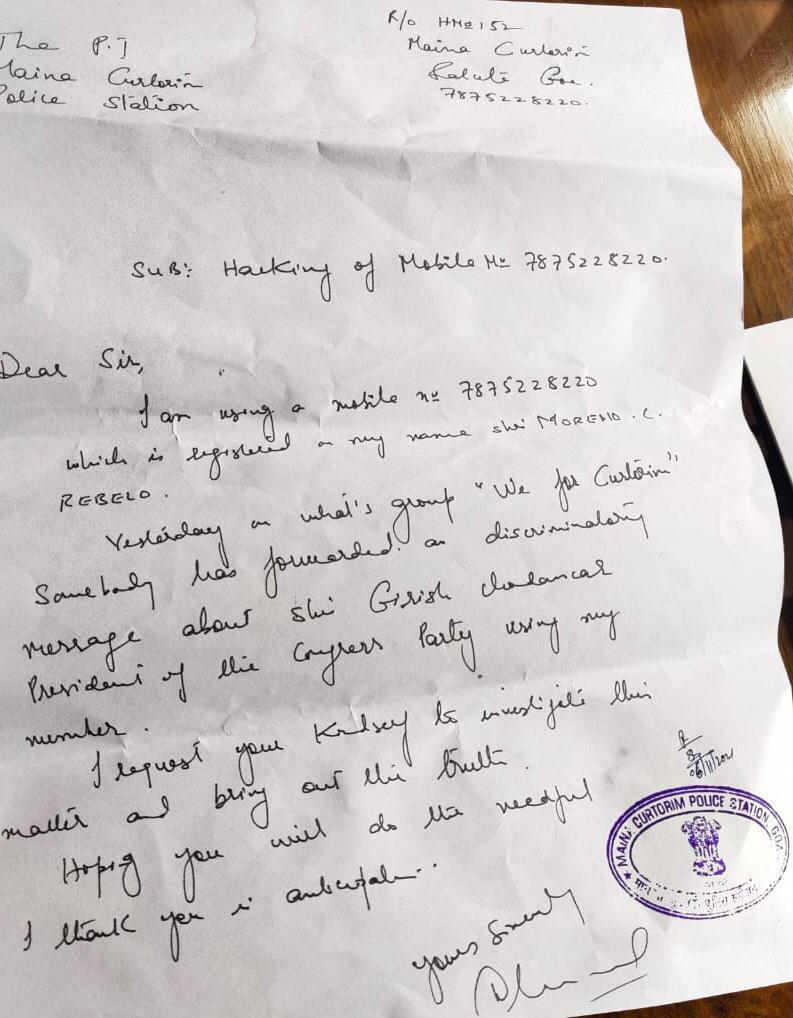 Rebelo said that he has filed the complaint with Maina-Curtorim Police station seeking immediate action in the matter.

In a complaint filed on Saturday, Rebelo said that on Saturday on whatsapp group “We For Curtorim” somebody has forwarded a discriminatory message about Shri Girish Chodankar, President of the Congress Party using his mobile number.

“I request you to investigate the matter and bring the accused to book,” the complaint reads.