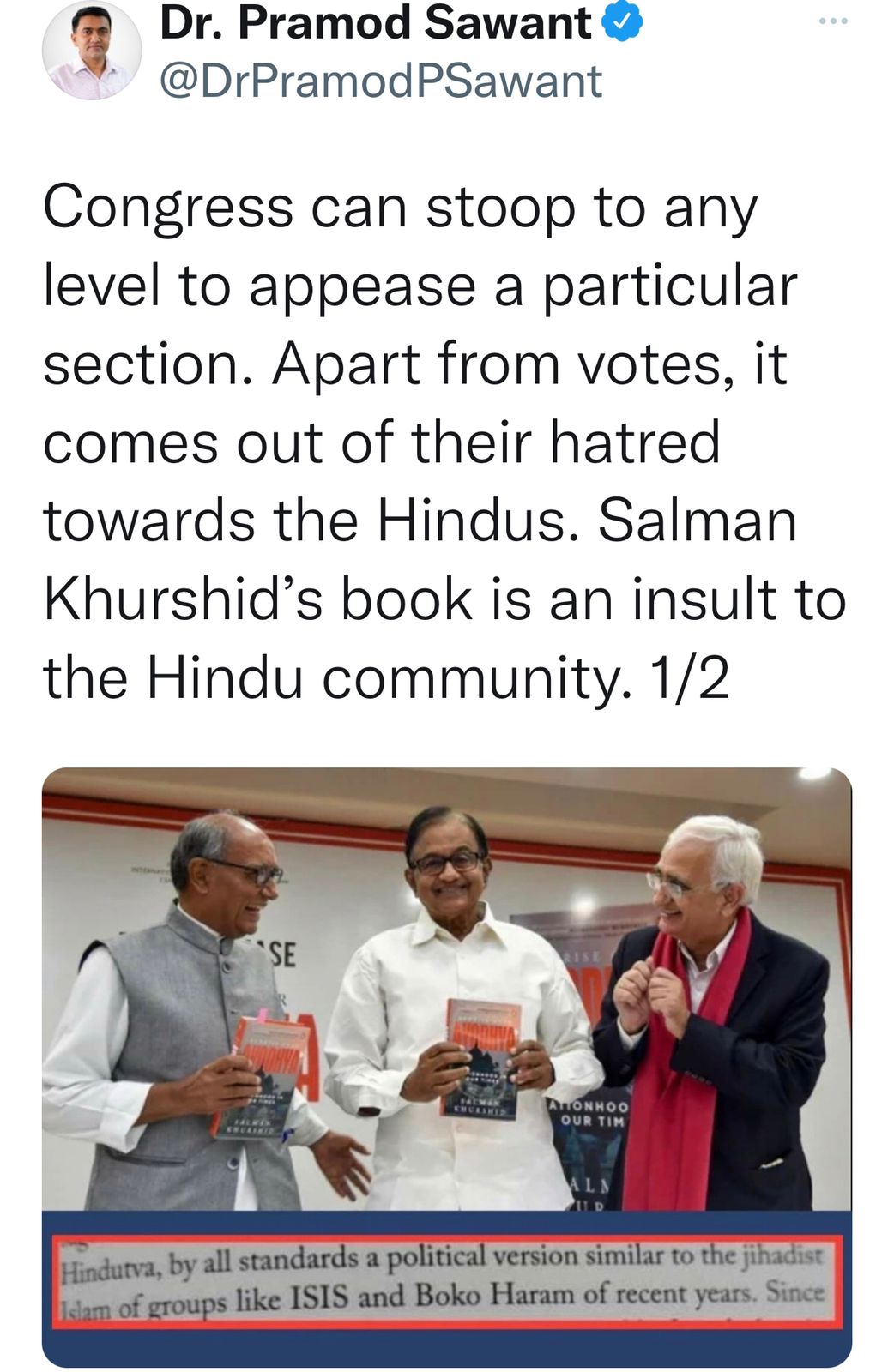 Sawant was referring to the controversial book by Congress leader Salman Khurshid, which was released by former Union Finance Minister P Chidambaram.

Sawant tweeted “Congress can stoop to any level to appease a particular section. Apart from votes, it comes out of their hatred towards the Hindus. Salman Khurshid’s book is an insult to the Hindu community.”

“P Chidambaram, who is in-charge of INC’s Goa campaign, not only released the book but in the past had played a crucial role in coining the word Saffron Terror. People of Goa will not take these insults lying down,” he said in another tweet.