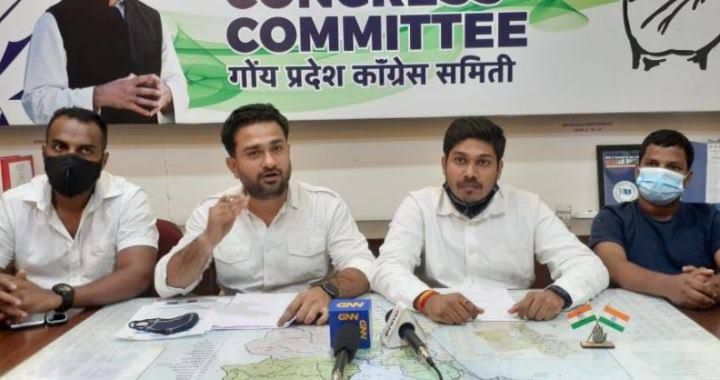 GPYC President Adv. Varad Mardolkar on Friday said that the BJP government has pushed these teachers in dark fate at the time of Diwali, who are now agitating seeking justice.

It may be recalled that these teachers had temporarily withdrawn their strike on the eve of Diwali, but have now resumed their strike after claiming they were unhappy with the Chief Minister’s offer.

“When these teachers are doing good work to mould our students, they should be respected and their contribution should be acknowledged by regularizing them.” Mardolkar said.

Mardolkar said that Chief Minister Pramod Sawant has failed to have proper meetings with these striking teachers and meet their demand.

“BJP government is promising ten thousand jobs to the youth eying assembly election mileage, however it has failed to address the issues of those already in service. What can we expect from such a government who doesn’t respect teachers.” Mardolkar questioned.

Mardolkar said that Youth Congress members have discussed this issue with the Party President Shri. Girish Chodankar and Leader of Opposition Shri. Digamber Kamat and other leaders and once the Congress government comes to power this issue will be resolved, if BJP fails to resolve it before election.

“We (Youth Congress) demand that these teachers should be regularized immediately.” Mardolkar demanded.