CM urges Muslim community not to panic over CAA 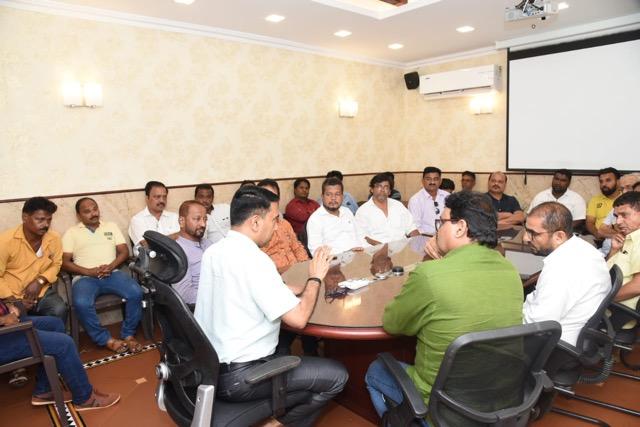 Panaji:  Chief Minister Pramod Sawant on Monday urged the State Muslim community not to resort to agitation and indulge in  other unproductive activities against Centre’s Citizenship Act, stating that the same will disturb the peace besides leading to law and order situation in the coastal state.

Sawant on Monday held a meeting with  the representatives of Muslim community from Goa at his official residence.

In a press statement issued by CMO, it is said that the meeting was called to  interact and discuss  with the Muslim representatives the issues  regarding the Citizenship Amendment Act (CAA) passed by the Union Government and National  Population Register (NPR) and NRC.

“After giving a patient hearing to the concerned voiced by the community, the Chief Minister asked Muslims residing in Goa, not panic over CAA as it will not affect them,” CMO said.

The Chief Minister said that Goa is known for peace and harmony world over and as such the Muslims should not resort to agitation and indulge in  other unproductive activities  as it will disturb the prevailing peace besides  law and order in the state, CMO said.

Earlier, during the course of the meeting the representatives of the Muslim Community brought to the notice of the Chief Minister about the fear and apprehension in their minds with regards to the new laws.

NDA led government is facing countrywide agitation against CAA and NRC. In Goa too, opposition Congress and other like minded citizens have objected to the central law stating that it is unconstitutional.