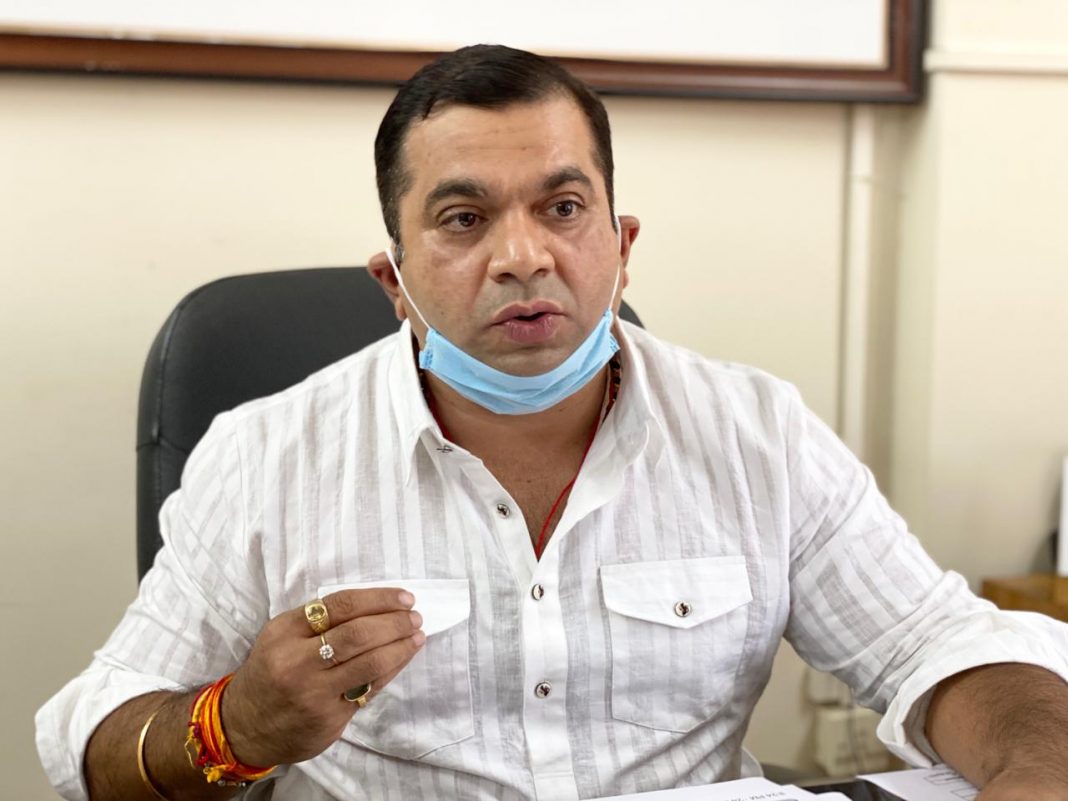 Porvorim: Independent MLA Rohan Khaunte on Monday said that the coastal state is moving from Green to Red zone for COVID-19 infection due to the mistake of Pramod Sawant-led government to allow the outsiders from infected areas.

Addressing a press conference, Khaunte said that the state government has drawn separate Standard Operating Procedures (SOPs) for Goans and non-Goans, which taxes the locals while allowing free entry for those who are not residents of the state.

The former State Revenue Minister urged the chief minister to adopt corrective measures to ensure that the state do not face disastrous situation in near future.

“We should immediately seal the borders with Maharashtra, the cases are increasing in that state and people from that state are entering in Goa,” he said.

Khaunte said that while Goans who are entering the state have to pay Rs 2,000 for their COVID-19 test and undergo home quarantine, while non-Goans can move out by submitting self declaration forms.

He also pointed out that the industrial workers who are brought in the state as a part of economic revival are made to swear an affidavit that they are not COVID-19 positive, while allowing them to join the duty immediately.

“If anyone of them is positive for infection, then he can spread the infection to larger masses,” he said adding that the chief minister should revisit the SOPs which are faulty.

“Are we today ready to face anything more than what is there as far as covid is concerned? Our medical fraternity is under tremendous pressure,” he said.