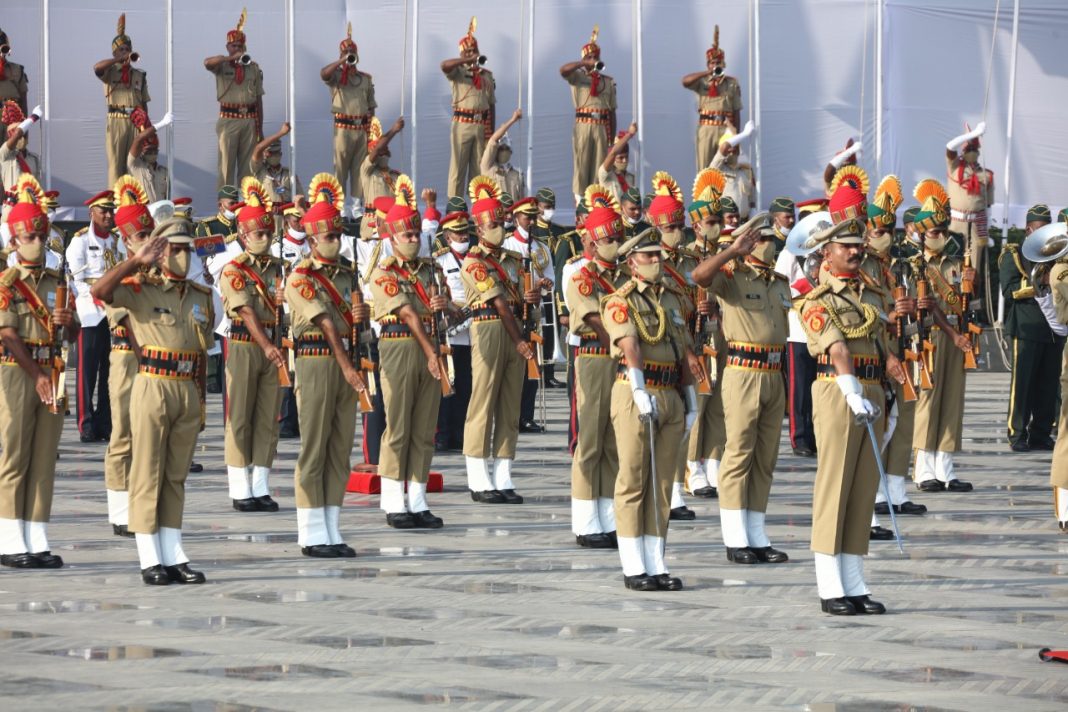 “Greetings to @BSF_India personnel and their families on the 56th #BSFRaisingDay. I salute the brave Jawans of the force, for their dedicated service to the nation,” the CM wrote.

Prime Minister Narendra Modi also extended his wishes and stated, “Best wishes to all  @BSF_India personnel and their families on the special occasion of their Raising Day. BSF has distinguished itself as a valorous force, unwavering in their commitment to protect the nation and assist citizens during natural calamities. India is proud of BSF!”

As per the official website of the BSF, ‘India’s first line of defence’ was officially raised in accordance with an Act of the Indian Parliament on December 1, 1965, soon after the India-Pakistan War of 1965.