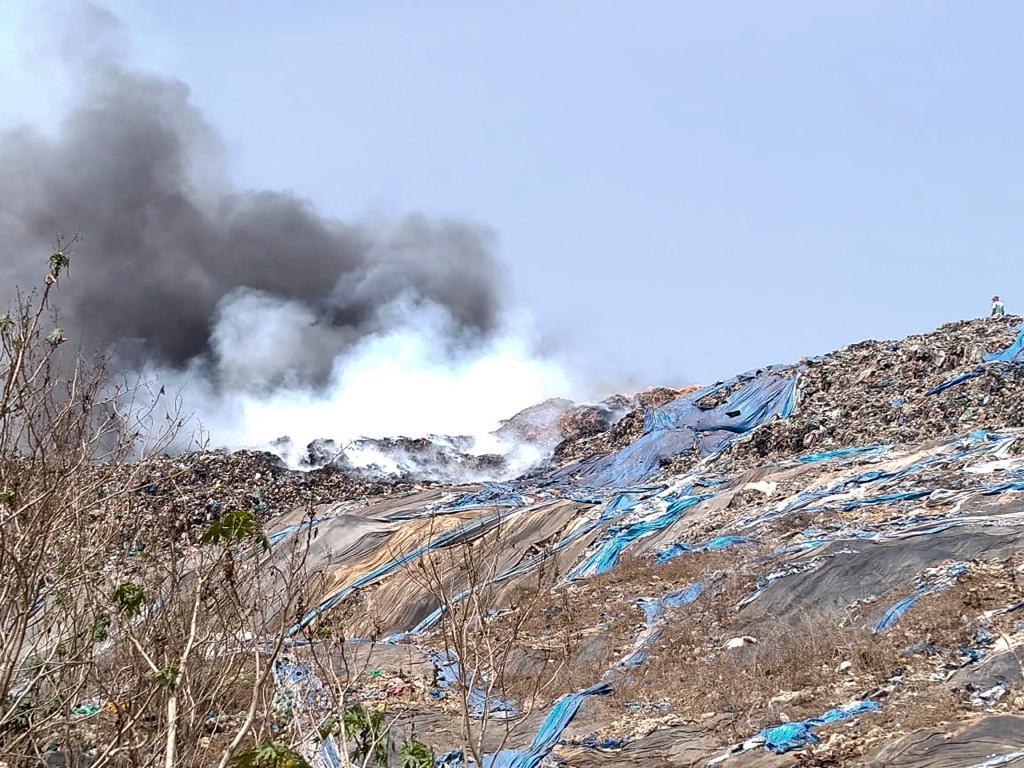 Margao: The chemical which was used to control fire at Deonar dumping ground at Mumbai last year would be tried to control the continuing flames at Sonsodo garbage dump by State Fire and Emergency Services.

Margao Municipal Council’s Chief Officer Siddhivinayak Naik who has been on the spot since yesterday along with Chairman Babita Angle said that the fire is under control but yet to be fully extinguished.

The methane gas which is generated from the fire is making situation difficult for five fire tenders who are engaged at the spot since yesterday. He said that from this evening onwards, chemical which was used to extinguish fire at Deonar Dumping yar in Mumbai would be tried.

Fire services have kept its ten tankers will with the water laced with the chemical which would be sprinkled on the flames to bring them under control. Naik said that the municipal officials have been constantly at the site since the time fire has broke out.

Previous articleWill complete tenure with the alliance partners: Pramod Sawant
Next article‘Who is Laxmikant Parsekar? Don’t ask any question regarding him’