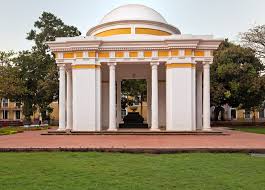 letter intimated Adv. Aires Rodrigues that the CCP has not taken any decision

regarding prohibiting public protests or agitations at Panaji’s Azad Maidan.

is after Adv. Aires Rodrigues on 24th December last year served a

legal notice on the Chief Secretary of Goa, the North Goa Collector and the CCP

Madkaikar on 17th December had publicly stated that no

place of agitations, Adv. Rodrigues had in his notice stated that interestingly

decision taken by the CCP and not the Government, that Mayor Uday Madkaikar had

came from the Chief Minister.

Pointing out that Azad Maidan

is to Panaji what Hyde Park is to London, a venue for public protests and

public meetings, Adv. Rodrigues had in his notice stated that for decades Azad

doings by the government.

Recalling that from the 1979

decades he was personally part of various protests at Azad Maidan, Adv. Rodrigues

away by any authority.

Adv. Rodrigues in his notice had

also drawn the attention of the authorities that in 1985, when the then Panjim

India Stall Holders Association to run a sale exhibition for eight months, that

Collector directed the exhibitors to immediately vacate Azad Maidan which

the order of the Collector.

Stating that Azad Maidan has been

against injustice and to demonstrate on various issues concerning Goa, Adv.

Azad, free from any repressive tactics by the powers to be.

While seeking that the authorities

agitations, Adv. Rodrigues in his legal notice had sought that Azad

Maidan remains free and open for public protests and demonstrations.