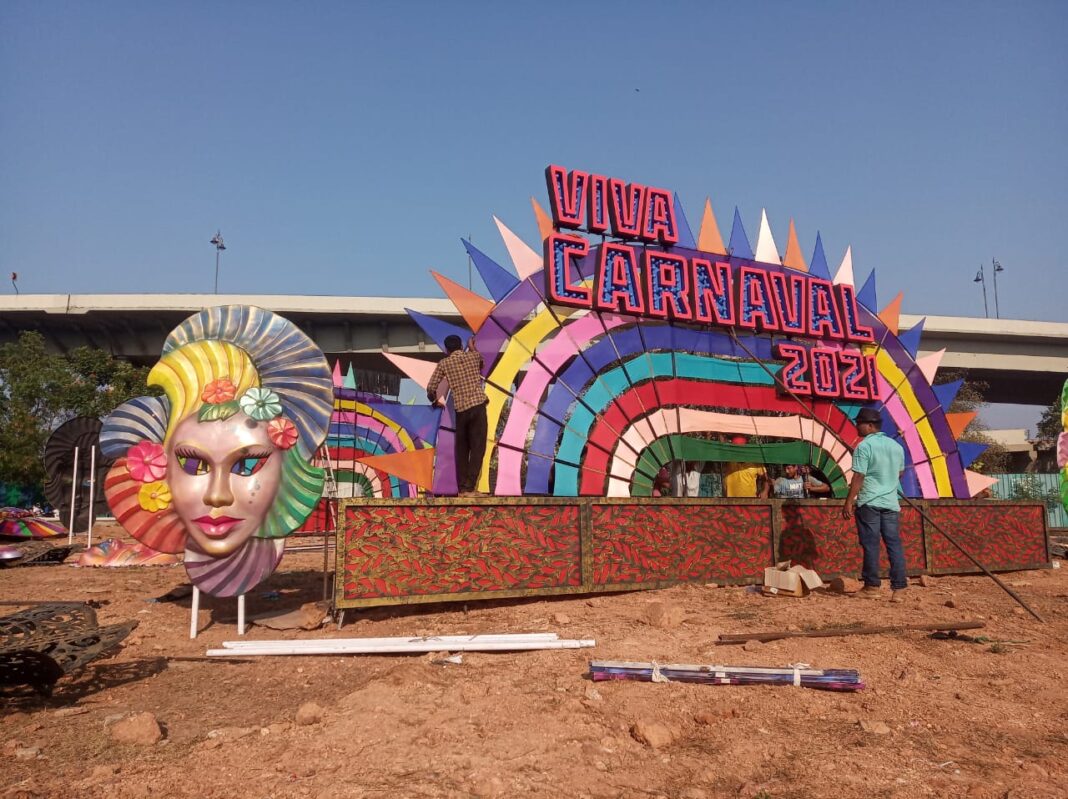 Panaji:  First time in the history of Goa’s tourism, the costal state will host only two Carnival float parades this year owing to the COVID-19 pandemic, a senior official said.

Goa Tourism Development Corporation Managing Director Nikhil Desai said that the Carnival parades would be held only on February 13 and 14 in two cities due to restrictions imposed to curb spread of the pandemic.

He said that while the parade will be held in Panaji on February 13, next day, February 14, it would be held at Margao in South Goa.

In the past, the State tourism department used to host the parades at six different cities across the state.

Desai said that all the COVID-19 curbs are in place during the parade which will be attended by thousands of people.