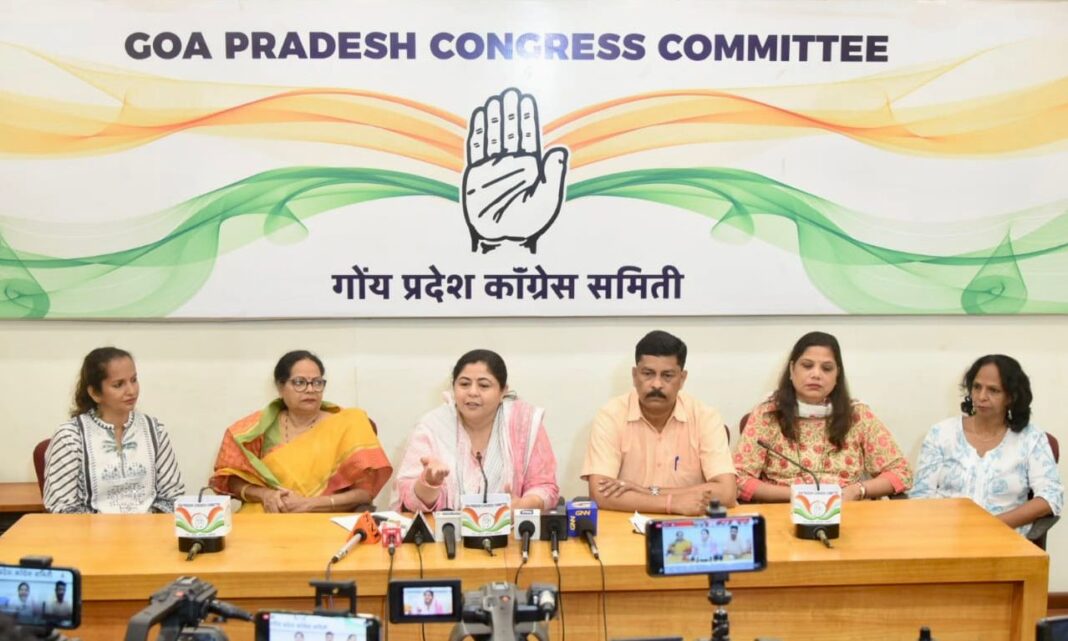 Panaji: The President of All India Mahila Congress Ms Netta Dsouza attacked Narendra Modi government saying ‘Modi’ Means “Mahangai’ (inflation) and asserted that with recent increase in GST has confirmed that volume of BJP’s insensitivity towards people of nation is also increased.

Ms Netta Dsouza on Monday addressed a press conference in Panaji and said that during Congress government people were happy, but now BJP has given gifts of inflation.

“Like for the last seven years, this year also the gift given to the people of the country by the Modi government is – ‘Gift of Mahangai- Price Rise and Inflation’. This new inflation is coupled with a consistently high unemployment rate above 7.5%.’’ Ms Netta Dsouza said.

She said that the inflationary pressure is mounting, with the November 2021 Wholesale Price Index at 14.23%, which is at over 10 years high, and its impact is likely to be felt more imminently in the new year going ahead.

She said that the Clothes and Footwear will get more expensive as GST on such items from 5% to 12% and Fast Moving Consumer Goods (FMCG) Prices will increase by up to 10% . “Repercussion of this will be witnessed by the loss of 15 lakhs jobs.” She said.

“Due to the opposition of the Congress Party and the Congress-ruled states and fearing an impact on the elections in 5 states, this increase has now been postponed till February 28 in a hurry.” She pointed out.

“Booking Auto Rides Online and buying a car or automobile will be expensive. The price of steel and cement will continue to increase.” She said.

“Besides this In another absurd decision, the children’s pictorial kit , which is used to impart language, colour, motor, objects etc skills to preschool kids Will now attract 5% GST.” She said.

Ms Netta Dsouza said that the Cooking gas cylinder during congress regime was at Rs 400, which has now crossed Rs 1000.

Amarnath Panajikar said that the BJP’s double engine government has given ‘double inflation’ to the people of the nation. “Insensitive BJP government is making people suffer by increasing inflation.” Panajikar said.