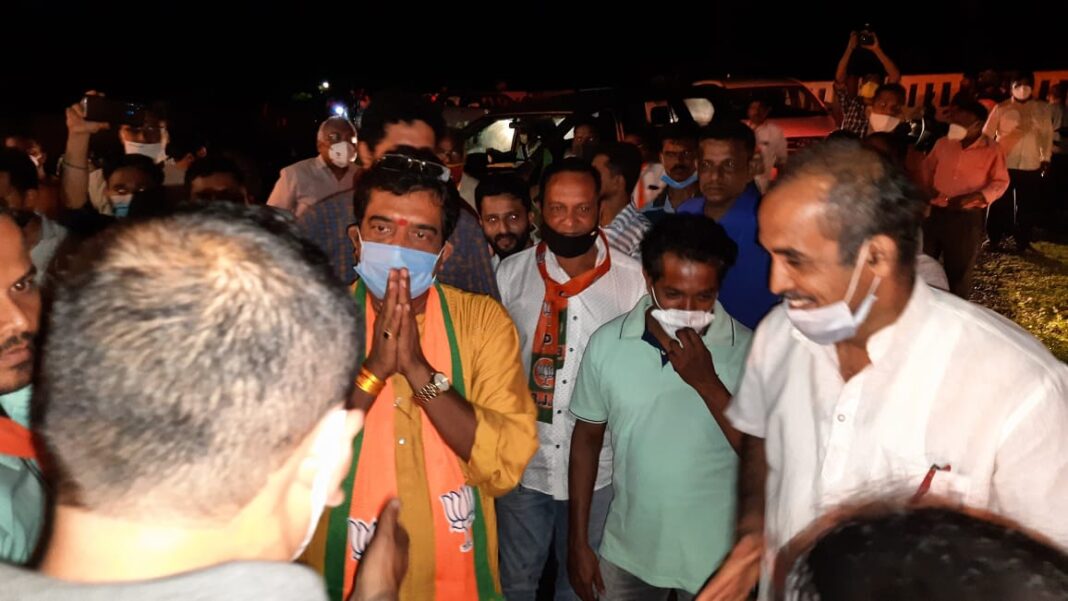 Amona: The Bharatiya Janata Party (BJP) Goa on Tuesday officially launched its election campaign ahead of the 2022 Legislative Assembly polls. To begin with, State BJP President Sadanand Tanavade visited Chief Minister Pramod Sawant’s Sankhali constituency where he was given a warm welcome by the CM himself. The local Sarpanch and authorities were present.
On this occasion, the Chief Minister said, BJP has always started its campaign from here. The BJP’s campaign started from the constituency of Pali for the 2012 elections.
The State President will tour the State and interact with the party karyakartas and the people. The party has urged everyone for their cooperation.
Tanavade also said that when one party accused the Chief Minister, the karyakartas in toto have shown their love for the Chief Minister. The Chief Minister will also make a statewide political tour. The BJP has a conducive environment in the state.
Local BJP office bearers, Sarpanch among others were present on this occasion.
- Advertisement -