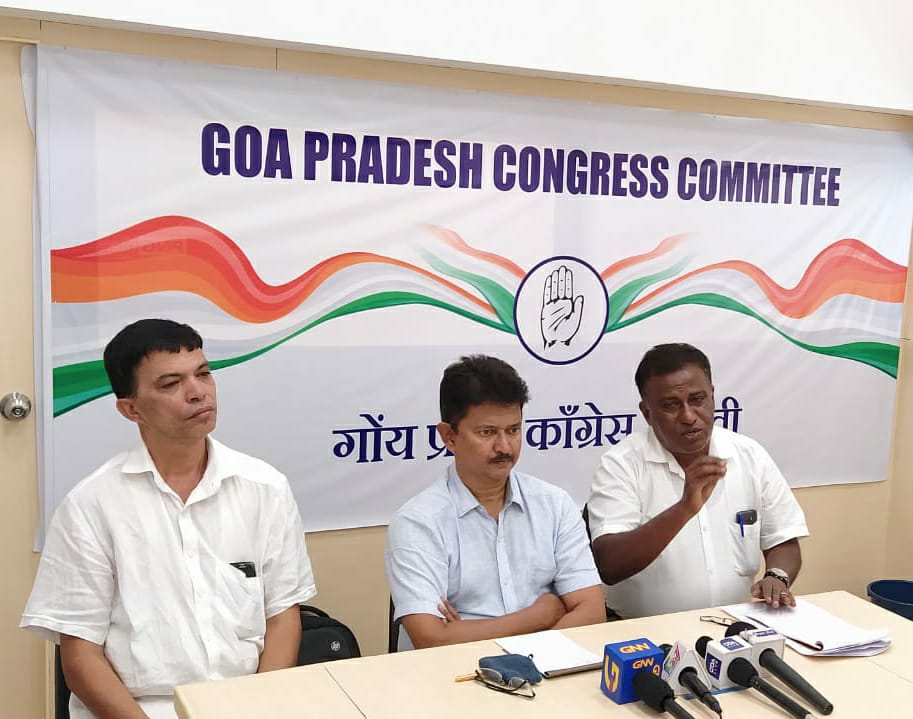 Panaji: Criticizing decision of BJP over House Building scheme for government servants, which is now notified with several clauses against latter’s, the Congress has assured to restore the earlier scheme to give maximum benefit to them.

The leader of Congress John Nazareth along with Elvis Gomes on Wednesday addressed a press conference in Panaji and said that BJP has restarted this scheme with intention to gain votes of government servants. Congress General Secretary Mr. Tribolo was also present.

“BJP government had withdrawn this scheme after coming to power, but as elections approached Chief Minister Pramod Sawant announced to restart it. But there is a clause in it which says that the government can withdraw this scheme at any time. This scheme is to hoodwink government servants and to derive political gains.” Nazareth said.

He said that the earlier House Building scheme has been now known as House building loan scheme. “Earlier, SBI and HDFC were empanelled to provide this scheme. Now they have been removed from the list and other 5 banks are included. These banks are saying that the MOU with them has not been done and the loan could be transferred only after doing all fresh formalities. Even nil incumbency certificates will have to be produced freshly, which is with earlier banks.” He pointed out.

“If we form a government then we will take decisions in favor of government servants and implement earlier schemes.” Nazareth said.

“The KTC vehicles are not insured, nobody plan any accident however the drivers are forced to face the legal consequences of the accidents and the KTC management throws their hands up in the absence of insurance” said Mr. Nazareth.

Elvis Gomes said that the BJP government is doing injustice on government servants by putting many clauses.