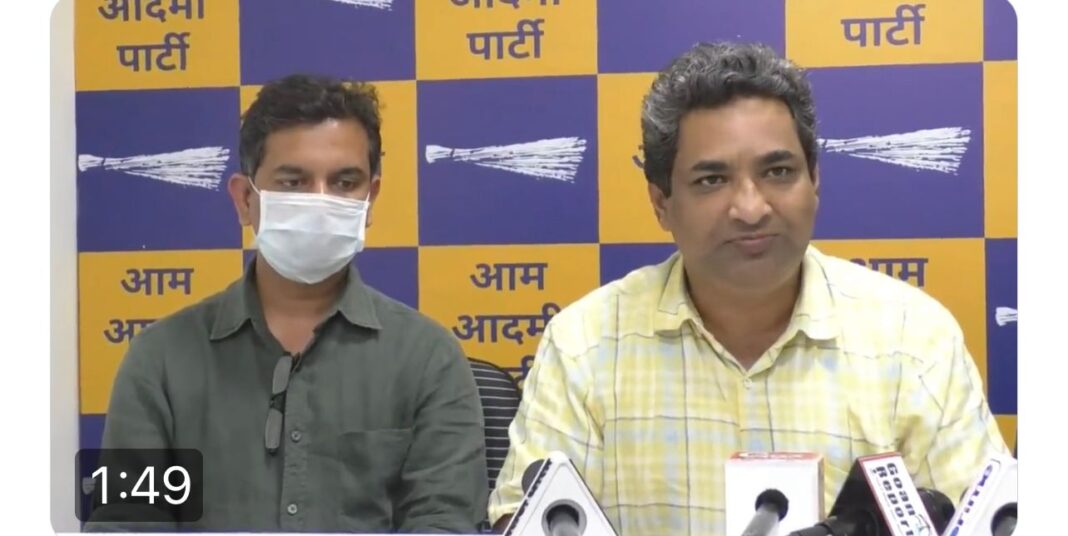 The state is currently witnessing surge in the COVID-19 cases with 13 per cent positivity rate reported on Tuesday.

AAP Goa convener Rahul Mhambrey said that chief minister and his cabinet colleagues are responsible for the third wave of COVID-19 infection in the state.

“The cabinet refused to impose curbs, when they should have actually done it. It was a time when cases were low and situation could have been controlled,” Mhambrey told reporters in Panaji.

He said that the chief minister refused permission for AAP to hold ‘Tiranga Yatra’ in the state. Mhambrey said that the permission was denied at the last minute by the district administration, which pointed out to the fresh increase in the COVID-19 infections.

“The excuse to refuse the permission was lame. Coincidently,  chief minister addressed two public meetings , a day earlier. COVID-19 do not impact their rallies,” he questioned.

Mhambrey said that the district administration has not given any reason in writing why the permission was refused.