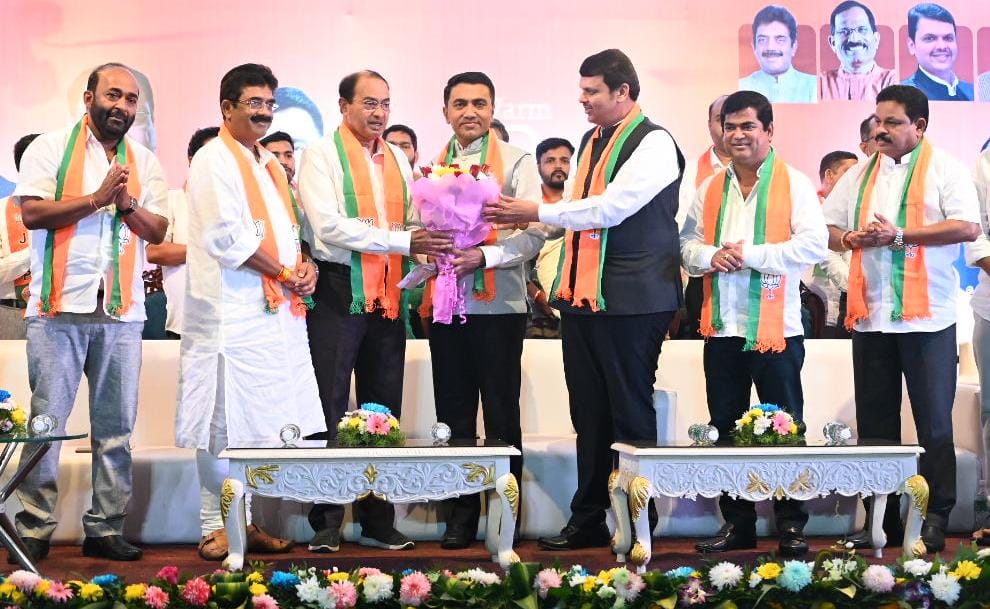 Ponda MLA Ravi Naik on Tuesday had resigned from Congress and the House to join BJP in presence of Fadanavis, State chief minister Pramod Sawant, Party’s Goa President Sadanand Shet Tanavade and others.

“Congress in Goa was nano party with four MLAs. Four persons can fit in a small car like Nano. Now it has been reduced to Auto (Autorickshaw) party as three MLAs are left with them,” Fadanavis said addressing a huge public meeting at Ponda.

The strength of Congress in 40 member Goa Legislative Assembly was reduced to three after the resignation of Naik.

“Soon with Pratapsingh Rane’s blessings, it will be reduced to cycle party, only two persons will be remaining with them. Two persons can ride a cycle,” the former Maharashtra chief minister said.

In his speech, Fadanavis indirectly referred AAP and TMC to birds from Siberia, who come to India for three months when there is extreme environment in their country.

“Some parties are like those Siberian birds, who come here for three months during election and after polls they just return back,” he said.

Fadanavis said that the leaders like Sawant, Tanavade and Naik are here in Goa forever. “People Goa should understand that tomorrow, if they face any difficult, you will have these leaders with you, the people from Delhi and Kolkata will go back,” he commented.

The former Maharashtra chief minister, referring to TMC-MGP alliance said “the MGP may be attracted to purse (money) but you will get only curse.”

Fadanavis said that the Goans will not accept such an alliance.

He said that West Bengal has maximum crime rate and poverty. “The industries are averse to set up their shop in West Bengal,” he said.

The Maharashtra leader also said that AAP National Convener Arvind Kejriwal is not telling the truth that Delhi is a “half state.”

Fadanavis said that AAP government has only two-three works, that is Health, Education and Electricity.

Taking a dig at Kejriwal led party further, he questioned whether even a single COVID-19 infection case was treated at Mohalla Clinic?  “Mohalla Clinics are created to take care of basic diseases. That is why people had to depend on central government’s hospitals or private facilities to get treatment during COVID-19 outbreak,” he said.