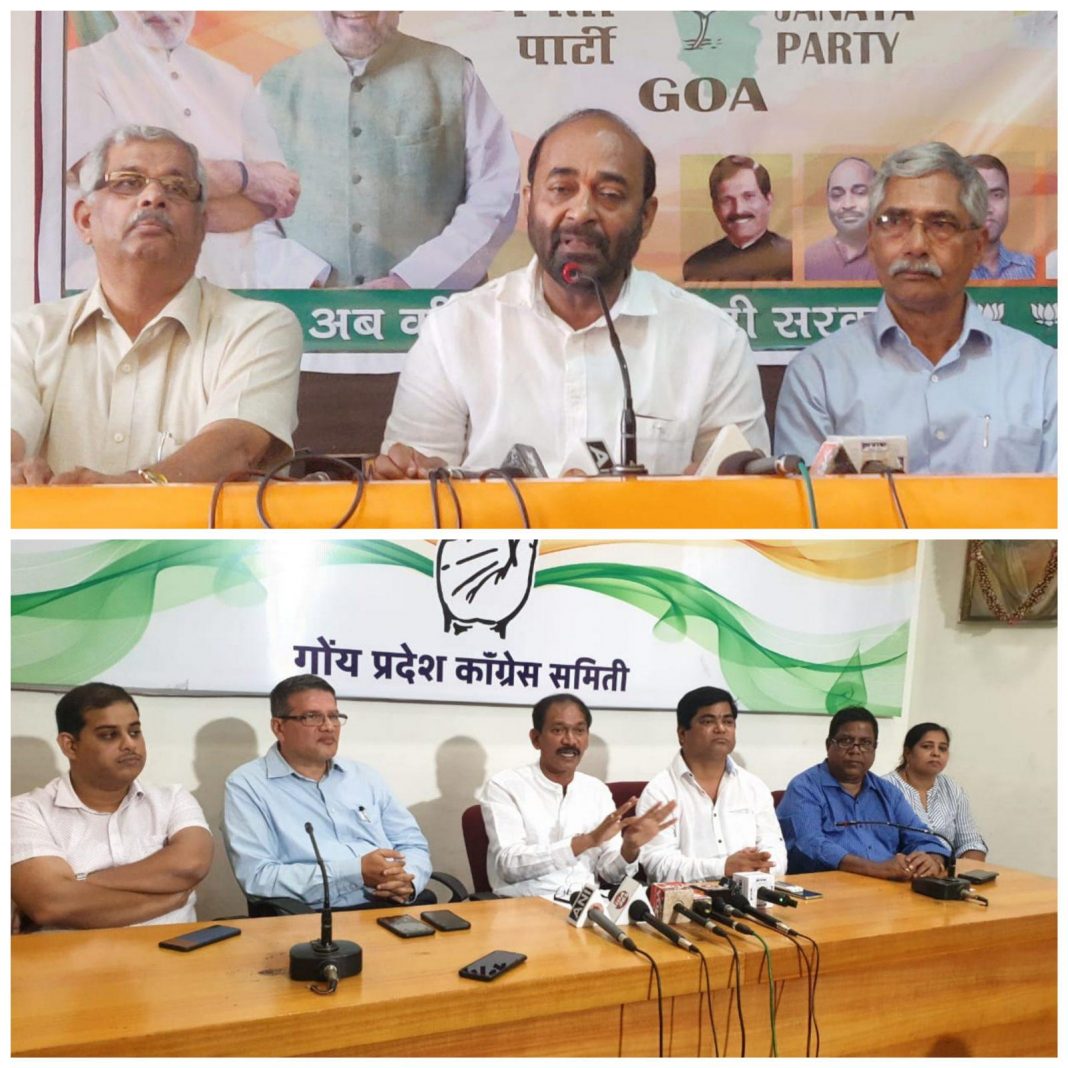 Panaji: While Bharatiya Janata Party on Monday demanded that thorough inquiry should be conducted into the missing of the victim in alleged rape case involving former minister and Congress Panaji by-election candidate Atanasio Monserratte, Rahul Gandhi-led party has said the missing of the woman indicates failure of the State government.

BJP Goa Unit President Vinay Tendulkar told a press conference that the woman, who was allegedly raped by Monserratte, has gone missing from the facility, causing concern about her whereabouts.

Tendulkar demanded that the State government should trace the girl, and provide her required help,  as she is important witness in the case related to Monserratte.

Congress has fielded Monserratte for upcoming Panaji by-election scheduled to be held on May 19. The election is necessitated after the demise of former Chief Minister Manohar Parrikar.

The decision on framing charges against Monserratte will be delivered on June 03 by local court, which has heard arguments on framing of charges against him. “Her disappearance during such crucial time is a cause of concern,” Tendulkar said.

Congress party, which addressed a press conference, on this issue, said that it was the responsibility of State government to ensure safety of the woman.

“Why should Congress party go searching for her? It is the responsibility of the State government or police,” said Carlose Fereira, former State Advocate General and legal advisor to Congress party, in presence of Goa Pradesh Congress Committee President Girish Chodankar and Leader of Opposition Chandrakant Kavlekar.

Fereira said that the BJP was desperately making statement that Monserratte should make public the criminal charges pending against him, as per the Supreme Court directives.

“And suddenly it appeared on the newspaper that the woman has been missing,” he said adding “you (state government) is covering your default.”

“Where has the chaukidar gone? Is he sleeping, holidaying or ran away?,” he questioned.

Fereira said that the woman is now required for trial right now as the accused has argued before framing the charge and Court will decide on June 3 whether to proceed with the case or drop the charges.

“May be the woman has gone for a wedding, may be she has gone for party, you never know or may be genuinely she is missing. We don’t know,” he said.