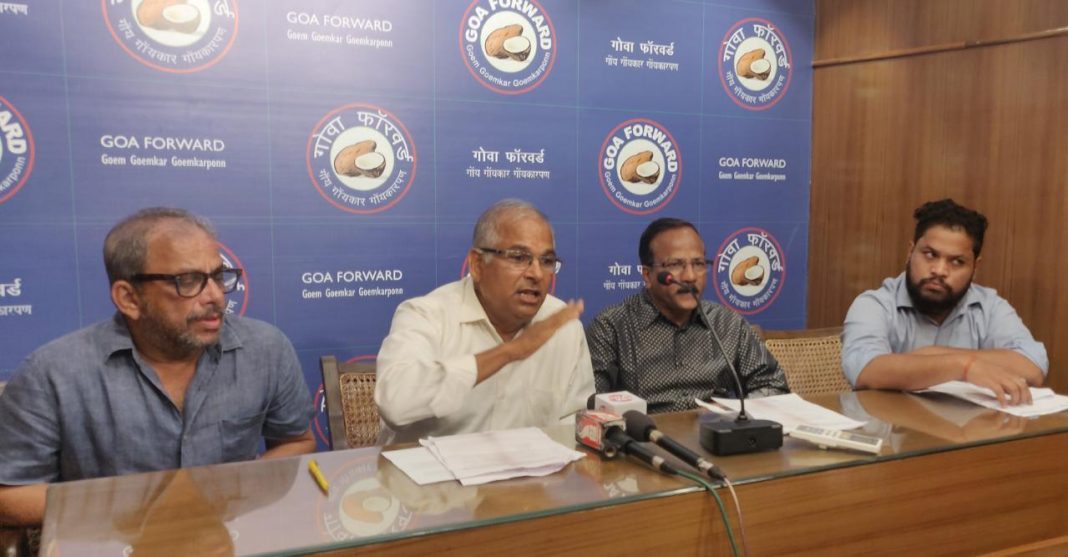 Panaji: Goa Forward party on Tuesday accused congress of indulging in double speak on the issue of sedition charges under Indian Penal Code (IPC), which they had opposed in its manifesto for ongoing Lok Sabha election.

GFP General Secretary Mohandas Lolienkar told a press conference that North District Youth Congress President Vivek D’Silva’s action of filing complaint with Election Commission of India against their party president and Deputy Chief Minister Vijai Sardesai was against the assurances given by Congress party in its Lok Sabha manifesto.

D’Silva on Monday had filed formal complaint against Sardesai accusing him of sedition over his statement that youth would be weaponised, if Goanness is sought to be diluted by the government.

“Congress is adopting double standard on the issue. The complaint by Congress has quoted the same section of Indian Penal Code which they are opposing nationally,” Lolienkar said.

He said that the local unit of Congress was not in sync with its High command, while asking clarification from Goa Pradesh Congress Committee President Girish Chodankar and Leader of Opposition Chandrakant Kavlekar, on this issue.

Kavlekar was not available for his comments despite repeated calls, while Chodankar said that he would be able to react “only after going through the complaint.”

D’Silva in a complaint lodged with the EC on Monday said  Sardesai’s remark was “an indirect attempt to threaten voters” in the poll-bound Panaji Assembly constituency.

He claimed Mr Sardesai’s comments are “against the state” and demanded that he be booked for sedition.

Last week, while responding to a question on dilution of domicile clause by the Goa University, Sardesai, who heads the Goa Forward Party (GFP), said they were willing to go anywhere to protect the interest of Goans.